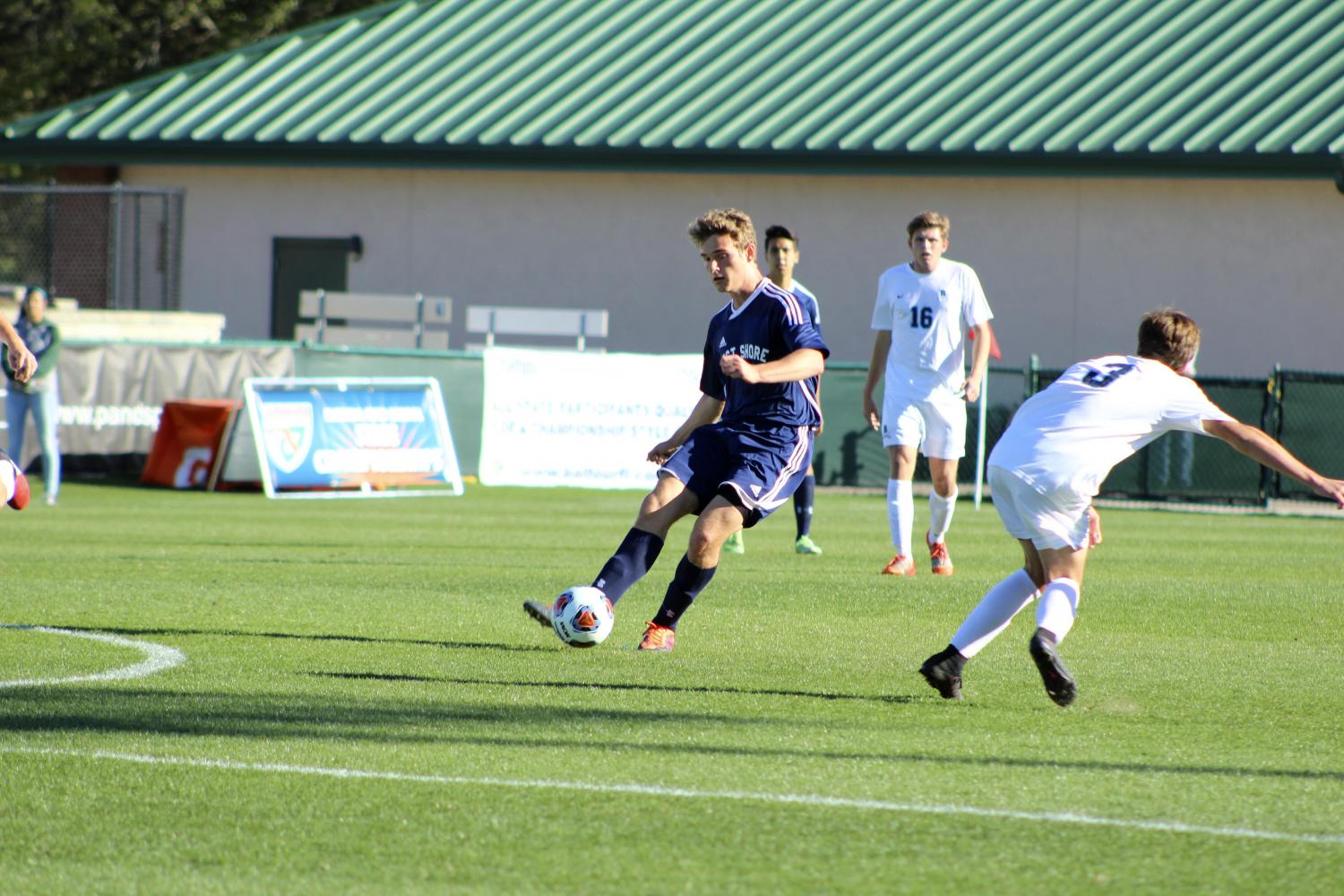 The boys’ soccer team has secured its place in the West Shore record books as one of only two teams to win the FHSAA class 2A state championship. However, a few players from the team don’t seem satisfied with this level of success. Seniors Nicholas Burgess, Matthew Moscrip and Sam Leighton as well as junior Abe Murphy will attempt to cement their legacies by winning the Florida Youth Soccer Association State Cup with their club team, Brevard Soccer Alliance, for a second year in a row.

“If we could win state cup again this year it would just mean that we’ve dominated in soccer for the last two years of our careers,” Leighton said. “To finish on that high note would mean a lot to me.”

Leighton said the emotion after the state cup victory  paled in comparison to the victory atmosphere after capturing the 2A title.

“Winning the championship for the school was a lot more rewarding, because a lot of our friends from school were there cheering us on, everyone was so pumped, and we were on TV playing soccer, which was literally a dream,” Leighton said.  “When we won club it was just a few parents there maybe a couple friends, it’s just not the same.”

Senior defender, Matthew Moscrip, and BSA expect to replicate their previous success in this year’s State Cup competition, which is a tournament not affiliated with West Shore and officially began on March 18.

“For the state cup tournament our expectation is to win it all, and that’s also my personal goal,” Moscrip said. “We did it last year and we can do it again.”

As a result of their previous state cup victory, BSA was promoted from the Florida Premier League which they played in last year, into the Southeast Regional Premier League for their club regular season, where they faced off against teams as far away as North Carolina.

“Sometimes we have to take 12-hour car rides there and back, so it’s pretty important to all of us,” Leighton said. “It makes everything more serious, and the teams we play are better than what we would face in Florida.”

Moscrip believes the higher level of competition is beneficial for the team’s mindset, and makes their title endeavors more realistic.

“We hung with the teams in the southeast and now we’re better for when we play teams from Florida because they probably won’t give us as much trouble,” Moscrip said. “So our goal is to win state cup one last time.”

BSA began their title defense in the group stage round on May 13 against West Florida Flames as well as May 14 against Florida Elite at Auburndale’s Lake Myrtle Park.

“We have to win our group to advance,” Burgess said. “Because if we finish second then its up to chance, but there’s really only one other team [in their group] that can challenge us, which should give us a really good seed going into the next round.”

The West Shore members of BSA set their sights on their third championship in two years.