Our Choice: Descovich, Susin for School Board 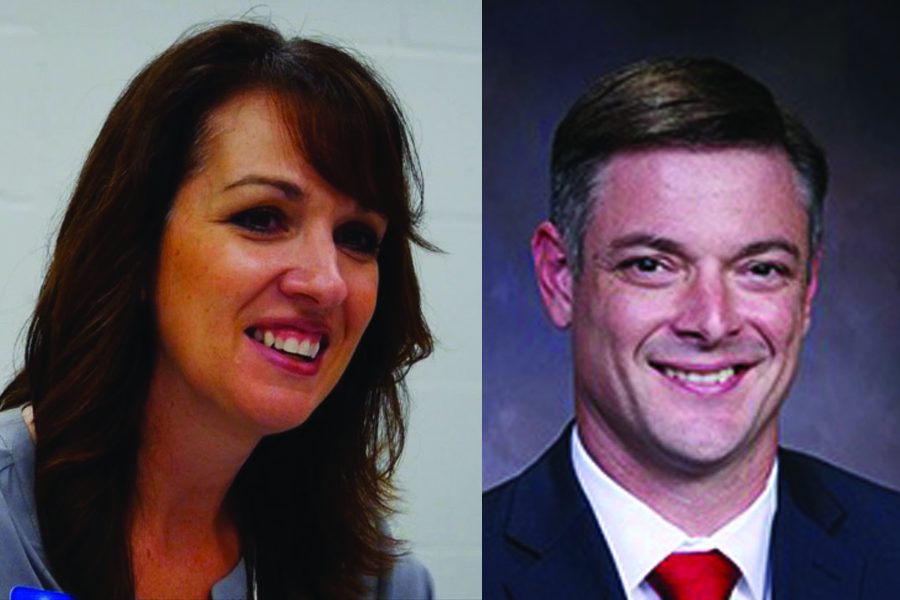 On Aug. 30, registered voters in the Wildcat Nation will vote to fill the school board seat in District 3 vacated by outgoing member Amy Kneessy and the seat in District 4, where Karen Henderson is running for reelection. Over the course of the last month, “The Roar” sat down with all eight candidates running for office in a press conference setting, and after careful deliberation, we strongly endorse Tina Descovich for District 3 and Matt Susin for District 4.

As a Satellite High School graduate with two children currently in Brevard Public Schools, Tina Descovich will bring a wealth of community and leadership experience that is needed on the school board. While PTO President of Indialantic Elementary, Descovich organized school projects that highlighted her ties to the local business community, including installing a new playground under-budget and in five months. Descovich was a founding member of the Brevard Opt-Out Network, which organized Brevard parents to protest against state-mandated high-stakes testing. The Brevard County School Board needs a member who can build effective relationships with state legislators to overhaul excessive testing and inane rules that prohibit teachers from being autonomous in their own classroom without risking vital state funding, and we believe Descovich is the only candidate who can bring about positive change.

In District 4, Matt Susin has a bold agenda that will make all Brevard students college-bound and career-ready. Susin taught at Space Coast and Viera High School and showed that he has a passion for teaching and students that did not end when he left the classroom to take care of his young children. Susin sponsored his school’s Model Student Senate club and the Jefferson Leadership Award, which inspired students to sponsor the “All American Flag Act.” This legislation, which would have made all flags on government property “Made in America,” was signed into law by Gov. Rick Scott in Viera High School. Susin is working with local high-tech companies such as Harris to create a STEM Alliance and a Brevard technical fair that would offer Brevard students the opportunity to graduate with certificates making them eligible to work for local industries. For West Shore students, Susin’s plan would provide valuable summer internship opportunities that could be used for college applications. Susin was also the only candidate in District 4 who bravely offered his support for the LGBT non-discrimination policy at the school board, indicating that he is a candidate who cares about kids and teachers.

Tina Descovich and Matt Susin are the strongest pro-teacher, pro-parent and pro-student candidates. Together, Descovich and Susin can put Brevard on track to be best in the state.