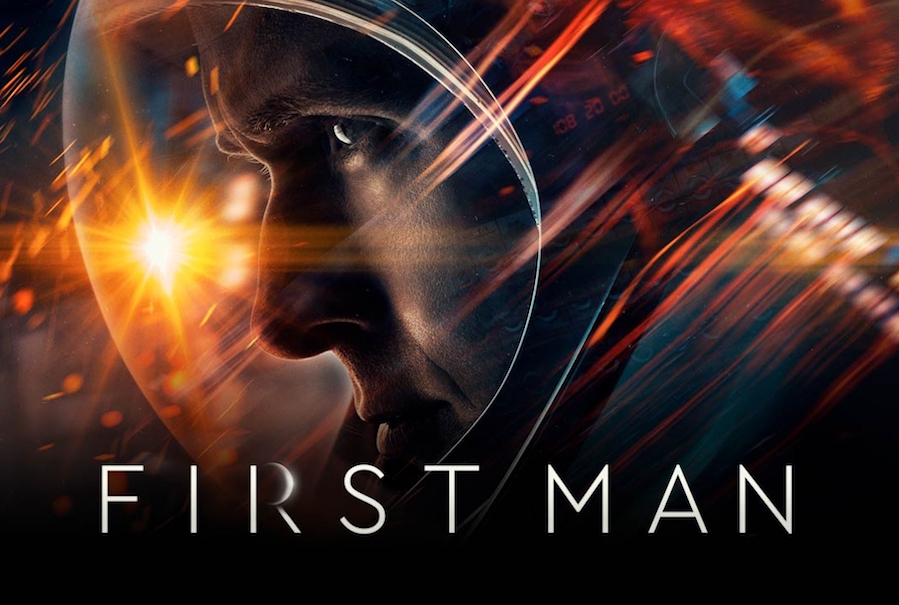 Ryan Gosling’s dreamy eyes are not the only reason to go see Damien Chazelle’s newest feature film “First Man.” The movie came out two weeks ago, and despite receiving mainly positive reviews from critics, it faced an abysmal box office on opening weekend.

This is Damien Chazelle’s third feature film following the success of “La La Land” and “Whiplash,” two incredible movies that received several Oscars and unanimous praise from audiences everywhere.  Almost every American knows the story of the first moon landing, and believe it or not it seems like it would be hard to make a compelling movie on the subject. However, with Damien Chazelle behind the camera and academy award-winning actor Ryan Gosling delivering a solid performance, Neil Armstrong’s life from 1961 to 1969 is truly portrayed in a grand illustration put on the big screen.

This film gives us a majestic perspective of space through Armstrong’s eyes. With a soundtrack from Oscar-winning composer Justin Hurwitz and camerawork that makes one feel as if they were on the rocket with Armstrong, this movie is worth the watch.

“First Man” is a slow burn, but it’s interesting to see the famous astronaut’s personality and his relationship with his co-workers/friends and his family. Claire Foy does a wonderful job of playing Janet Armstrong, reinforcing the fact that women are prominent in Hollywood, even in a movie set in the 1960s.

Some people are opposed to the message being put forth in “First Man,” choosing to look at the movie through a political lens. The film presents controversy in the fact that there were no shots including the famous American flag that was stuck into the moon. In an interview, Gosling said it could have been anyone that went to the moon first. Several argue that the flag should be included in the movie, including social studies teacher James Pustay.

“I’m just a little annoyed that Hollywood tried to change history and said that it wasn’t a big deal that an American landed on the moon first,” he said.

No matter the negative viewpoints, Damien Chazelle is an incredible director and “First Man” is a worthy entry to his repertoire.