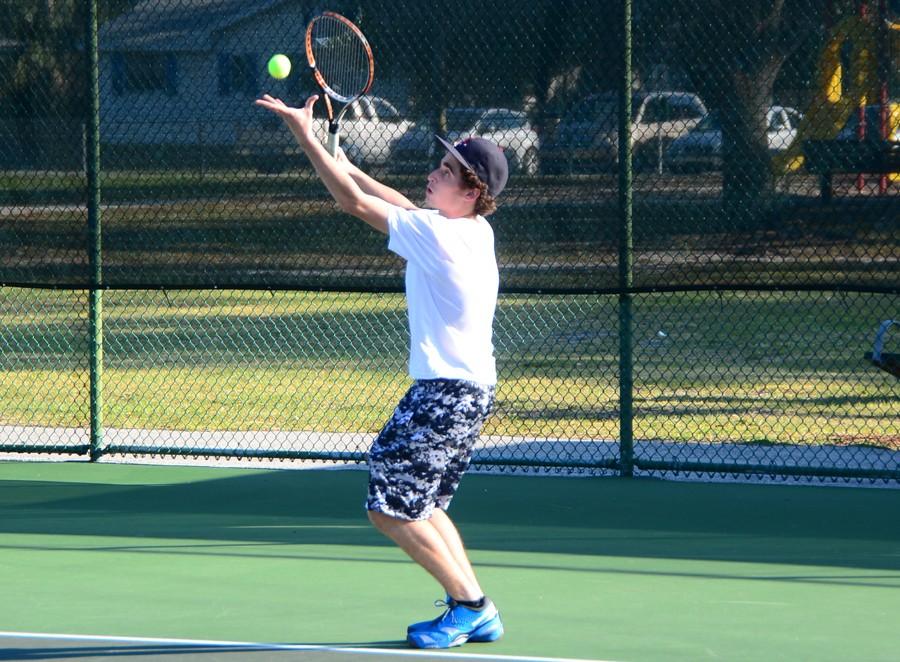 In the final match of the season, the boys’ tennis team secured a 7-0 victory against Rockledge High School on March 17.

“It was a good match to end the season with,” Cooper said. “Since everyone won their singles matches, we didn’t even play doubles, and the younger kids got to instead.”

“The seniors went out on a strong victory,” Cooper said. “I think it was a great precursor to districts.”

Districts will be held at Titusville High School on March 31 and April 1.