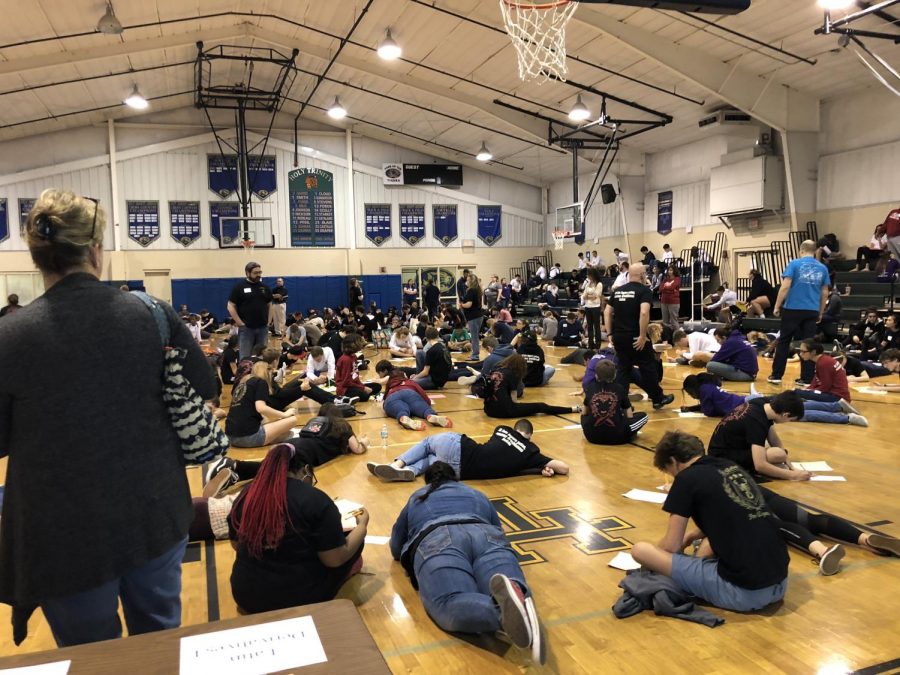 The first place team automatically qualifies for the State Forum in Orlando on April 19-21.

“I don’t have all stats officially until I get the results,” O’Flaherty said. “Having said that, however, the really big news is that our three certamen teams rocked.”

Earning first place in certamen is something new to West Shore.

“It took us all three years to get here,” O’Flaherty said.

Schools from throughout Brevard County attended the event, and competition categories included academic, athletic, certamen and creative. Certamen is a quiz bowl in which teams of four are asked general questions about Latin as a language, Roman culture, Roman history and Roman mythology.

Foster said his team could have performed event better.

Some of the day’s other highlight’s included a decorative neck ornament made from copper wiring and accentuated with jasper stones which was created by junior Arianna Issitt; this tied for first place in the Latin Advanced Creative Miscellaneous category with junior Gabriel Schwartz’s chain-mail shirt.