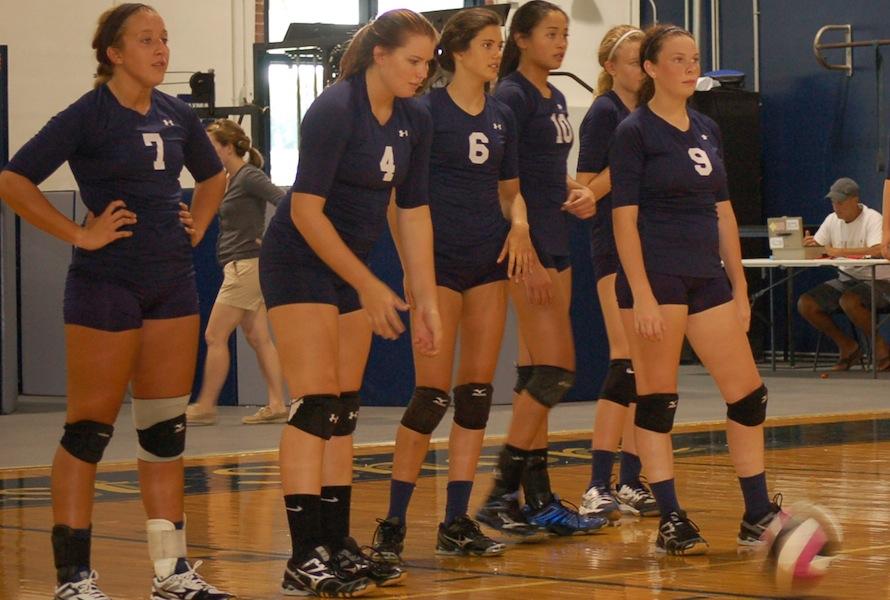 Members of the varsity team prepare for the district tournament

The Lady Wildcats volleyball team has had one of its best seasons ever. With a record of 19-4, the team has placed first in the district for the first tie, earning a bye for the first round of district playoffs.

But the team has struggled in the last week and a half, losing three out of its last four matches. This might have been a result of having three players beginning their soccer season, including seniors, Casey Schauman and Megan Green and sophomore Luisa De La Hoz.

“Varsity players who are juggling dual sports are wearing themselves out and missing the first soccer games because of districts,” said Dawn Schauman, Casey’s mom.

Despite their form, the players are looking confidently forward to the district playoffs.

“We have been struggling the past few matches and it always sucks to lose, but losing only makes us hungrier for a win,” senior Casey Schauman said.

Due to their bye from the first round, the Lady Wildcats will play Tuesday night in a knockout round at Cocoa High School against the winner of Cocoa Beach and Astronaut.