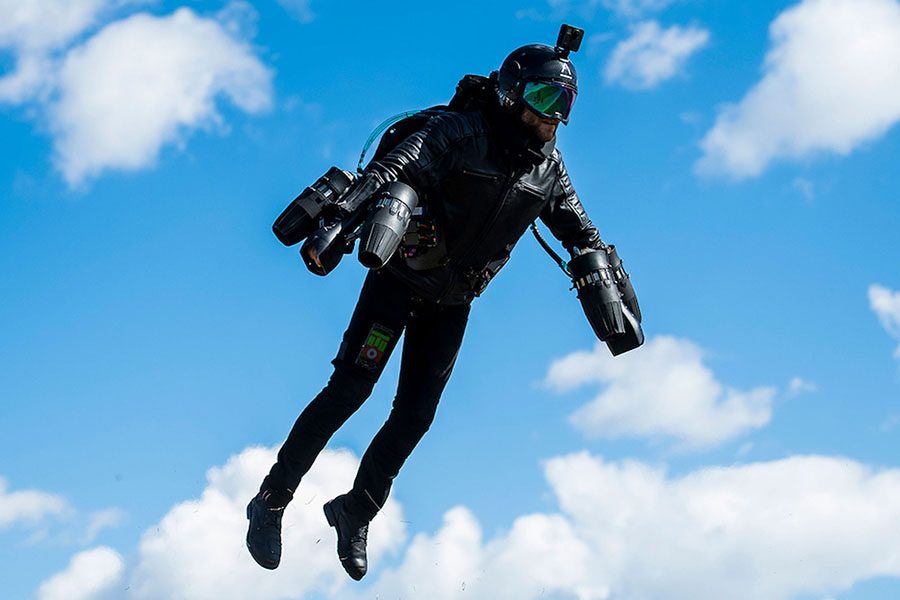 The Jet Suit provides the user with superhero-like capabilities.

What for most people has always seemed like a dream — the ability to fly — may be becoming the technology of present times, as Gravity Industries, a London-based company making jet suits, seems to be ready for human lift off.

The suit features five miniature jet engines, two on each arm and a larger one on the back, yielding a total of more than 1,000 horsepower, according to “Business Insider.” The product currently sells at $440,000. The company also offers experience days and a training program for people who would like to be new pilots for the company.

“Priority is building the race series versus making these mass market,” said founder and chief test pilot of Gravity, Richard Browning said via email. “Although the electric prototype has potential.”

The company currently is involved in many expos and showcases internationally.

Many wonder if these will ever be an effective mode of regular transportation and if so, when that will be. Browning outlined his plan from the beginning.

“Fastest way is via racing which also delivers an awesome entertainment spectacle, and generates revenue to feed the research and development,” he said via email.

Browning said thousands of people have contacted the company asking to buy a suit.

More recently, according to “CNBC,” Browning is looking to give a few journalist the jet-suit experience. Ray Parisi, a senior executive producer of special projects at “CNBC” and co-creator of their TV show, “Secret Lives of the Super Rich,” experienced this first-hand.

“I know I’m in the zone when my heels begin to lift off the platform.” he said in his “CNBC” story. “Suddenly, I’m weightless.”

The suits are functional and have been sold in the UK department store, Selfridges, but Browning says there is still a lot of work to be done for these to be seen regularly.

“It’s opened the door to a whole new way to move people but like the first cars it needs a lot more development,” he said via email.