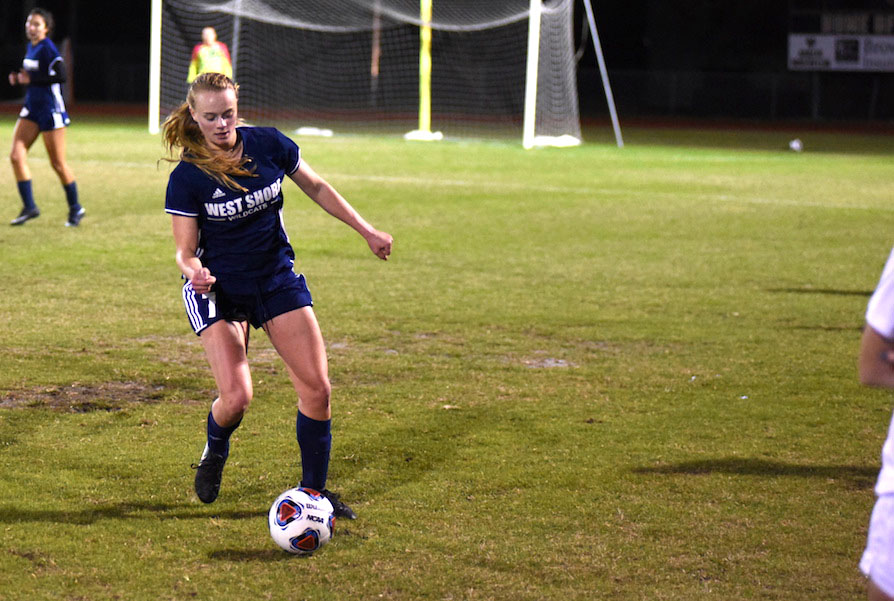 The season ended for the girls’ varsity soccer team when it fell to Edgewood 3-1 in the District 8-2A semifinals held at Melbourne Central Catholic on Wednesday night. Sophomore Maci Pekmezian scored the Lady Wildcats’ lone goal.

Despite the loss, senior Fallon Klenotich said she was glad to have played with the team she’ll never forget.

“The game was fun to play but sad to lose being my last game for my West Shore soccer career,” the midfielder said. “It would have been nice to have pulled through and gotten a win and gone to the finals, but with injured players it would have been a tough finals for us to have played in. This is a team full of talent, and I couldn’t have picked another group of girls to have played with for my last season.

Sophomore Tyanna Tizol plans to use the loss for motivation.

“This has made not just me but also the other girls on the team look forward to next season and what we’re going to do to help us with our defense, midfield and attacking,” the defender said. “With losing our striker [senior Elena Barr], that’s going to be a tough spot to fill, mainly because she was our main goal-scorer for the season, but along with that the team is already planning on having practices just focusing on our defense to build that and be able to move the ball quick and efficiently, then midfield to help move the ball around opening up lanes to pass through and then attacking with finishing on frame.”