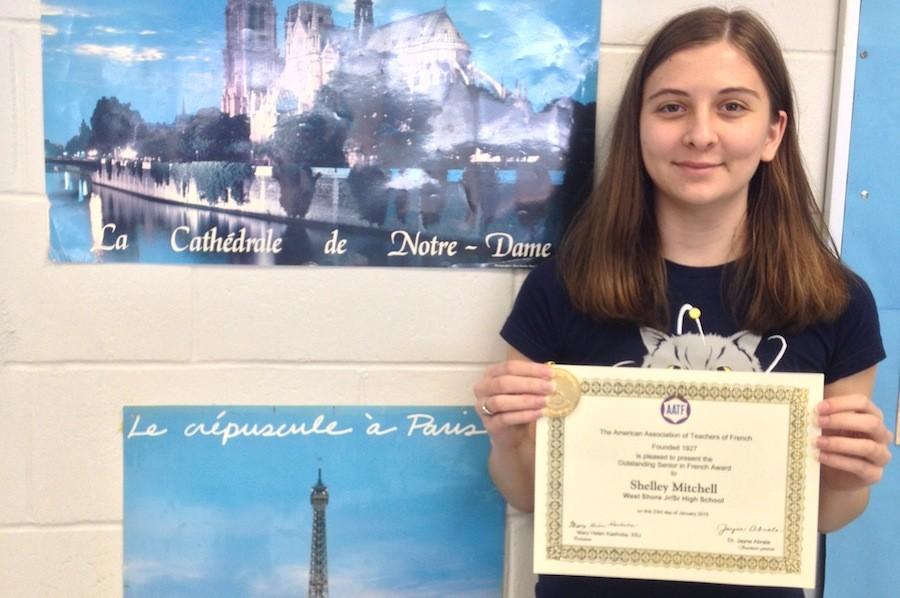 Senior Shelley Mitchell is preparing to travel to French Congres in Orlando next month.

Senior Shelley Mitchell is the recipient of a 2015 Outstanding Senior in French Award, awarded by the American Association of Teachers of French. Students are nominated by their teacher based on academic achievement in and commitment to the study of French.

“Shelley’s been an award winner every year, since French I,” French teacher Jennifer Walker said. “She’s a really stellar student and now this year with her in AP [French] I knew I wanted to nominate her, and I was really happy to be able to do that.”

Mitchell was happy to hear of her nomination.

“[Mrs. Walker] told me over winter break that she had nominated me, and that she would find out in about six weeks if I had won.” Mitchell said. “There are several seniors taking French and I couldn’t believe that she would pick me.