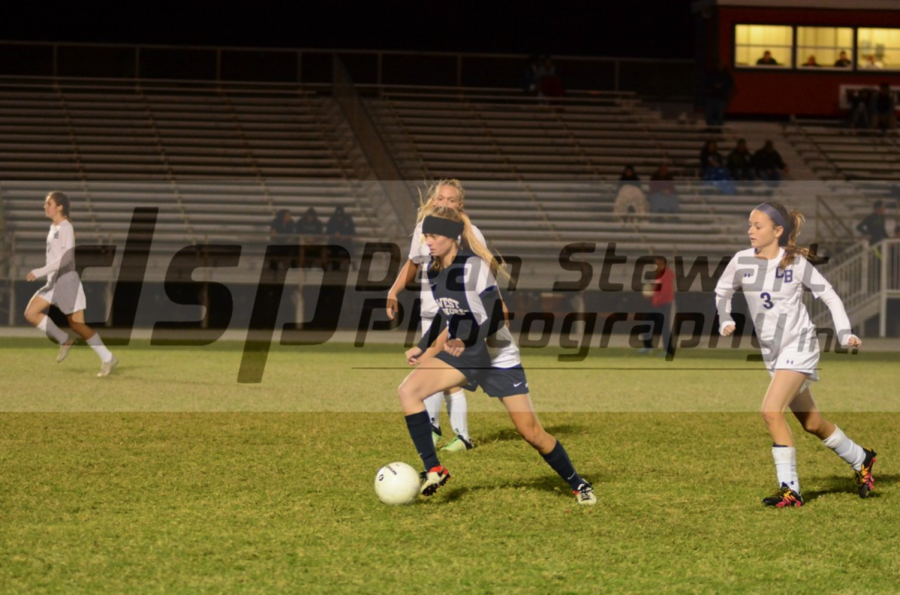 Balancing on-the-field and in-the-classroom responsibilities is the ultimate quandary for a student athlete. Senior Elena Barr has seemingly found a happy medium between athletics and academics; leading the senior class with a 4.0 GPA, she also has committed to the University of Tampa to play Division II soccer next year.

“I’m really excited to play college soccer,” Barr said. “I’m going to be learning from other really good and experienced players so I’m looking forward to becoming a better player and getting to represent my college through athletics.”

Barr, who has been on varsity since eighth grade, said her experience on the team can help her be a better leader for her teammates, particularly the younger members.

“My first few years I got to learn the dynamics of the team through the older players,” she said. “Now that I’m a senior, I hope that I can be a good leader and set a good example for the team. I’m glad that I’ve been able to contribute to the team for so many years.”

“Elena is a really good team player,” Wilder said. “When I first came onto the team last year, I was really intimidated by people, and she was definitely one of the people who helped me bond with everyone at first because she is always there for people.”

Following last season’s regional defeat at Bishop Moore, the girls will look to focus on building a competitive team, starting at the backline, Barr said.

“Our main team goal this season is to work on our defense in order to have a solid foundation and build our play up from there,” she said.

Close to etching her name into the Wildcat record books, Barr is nine goals away from dethroning class of 2014’s Jenna Forry with 73 goals for the all-time mark. Additionally, with 65 goals through 63 games, she is second in school history in goals per game, behind only Orlando Pride defender and former Wildcat Toni Pressley.

“Personally, my main goal this season is to do what I can to help the team and make us better as a whole,” she said. “Right now, I’m on track to break the girl’s soccer scoring record, so I’m going to continue to work hard and avoid injury this season.”