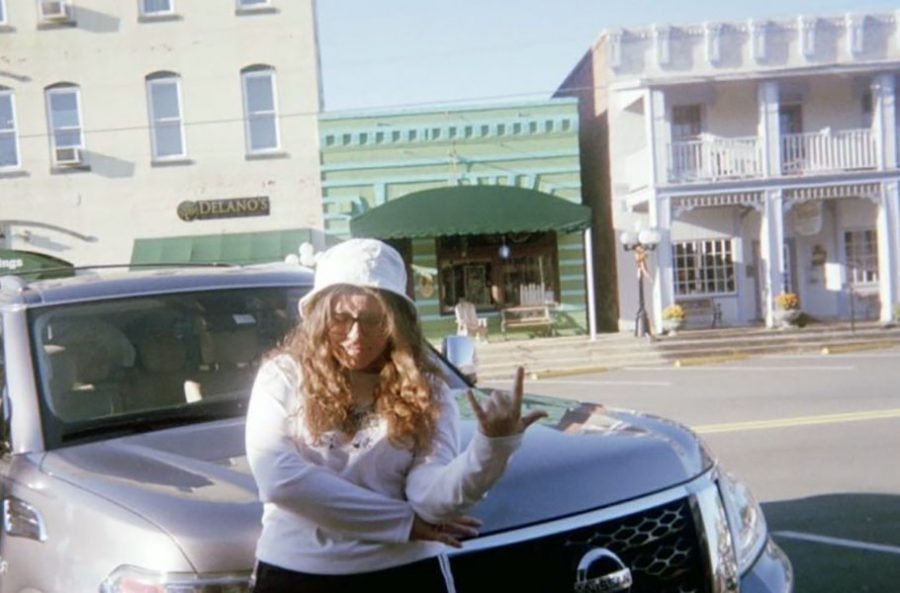 Ava Haroulakis (9) likes to dream big. Unlike many of her peers whose future plans appear kind of ordinary, Haroulakis has a passion for entertainment that extends to acting, singing, playing instruments, editing filmography and dancing. But despite her love and talent for the limelight, Haroulakis consistently battles stage fright.

“Everyone gets worked up over an audition, sure, but for me, it’s different,” she said. “I will flat out refuse to sing or perform in front of others sometimes because I just don’t want to embarrass myself by messing up. I can assure you, however, I’m not going to let this get in the way. To me, I either get a career doing the things I love the most, or bust.”

Haroulakis has been in chorus groups since the third grade, and she has been taking ukulele and electric guitar lessons at Guitar Haven Beachside for the past four years.

“I’ve always had a fascination with music,” she said. “I listen to music every single day. I first got into playing the ukulele after watching some random video of a girl covering a Twenty One Pilots song on YouTube, and that one teeny video changed something in me. It sounds cliché, but over the years I’ve come to terms with the fact that music really is my life, and nothing will change that. It’s crazy, really. Sometimes I’ll get inspiration bursts in the middle of the night and just start playing my keyboard or my ukulele.”

Haroulakis has begun exploring other career options as a backup plan, though.

“Being an actress, and a successful one at that, would really be my ultimate dream,” she said. “Not only would my career, which I would have for the rest of my life, be me doing one of the things that makes me the happiest, it would also always bring new and exciting opportunities for me every day. If I worked myself up to try and achieve this goal without having a Plan B, especially due to my worries and anxieties, I would essentially be setting myself up for failure.”

So what is her backup plan?

“I’m going to study to become a musical therapist,” she said. “Besides my passion for arts, I have a strong passion for psychology and mental health disorders. I talked to a senior once who was planning to go into musical therapy school, and the fact that she wanted to help patients in such a positive way using music touched me so much I actually cried.”

And if a career as a musical therapist doesn’t pay as well as Hollywood, well, Haroulakis doesn’t seem concerned.

“Really truly, I don’t care too much for fame or riches,” she said. “I just want to spend my life doing the things I love most, and a life filled with arts and entertainment sounds like a pretty good one to me.”