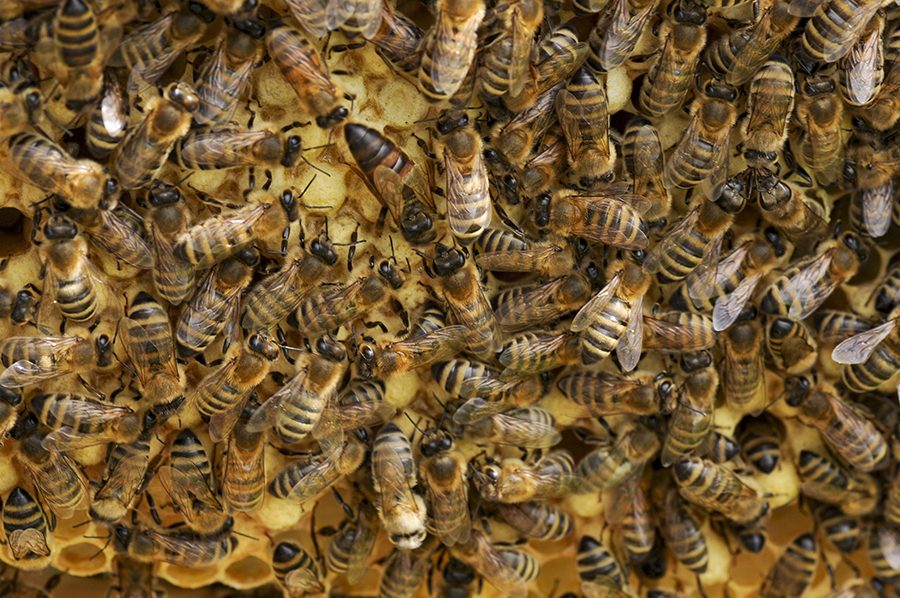 Watching movies and TV shows about bees isn’t enough for Zoe Moore, who has decided to build a beehive for her Senior Project.

She chose her project after learning about the world’s decreasing bee population, but that wasn’t the only reason.

“I just extracted honey, so I guess it’s abut producing honey also,” she said. “It’s really not much work. You just have to be disciplined. You have to check on the hive every seven to 10 days for about an hour each time.”

Checking on the bees also requires a special procedure.

“You have to put the suit on,” Moore said. “You have to smoke the bees. You have to take out the frames, making sure there’s no pests, and you have to make sure the queen is producing more bees and just make sure it is healthy and growing.”

Moore has a passion for animals, and bees are no exception.

“Hearing over the years that the bee population is decreasing, it’s super-sad and I’ve always wanted to take action,” Moore said. “I thought it was perfect that I could set up my own beehive and fulfill my Senior Project.”

“I guess [I’m interested] because I haven’t probably seen it done before and the idea that bees being so important to our whole food chain and that they are being compromised, that there have been bees being killed and whole hives being knocked out because of different environmental factors,” Nelson said. “The bee collapse is just very important to our society.”