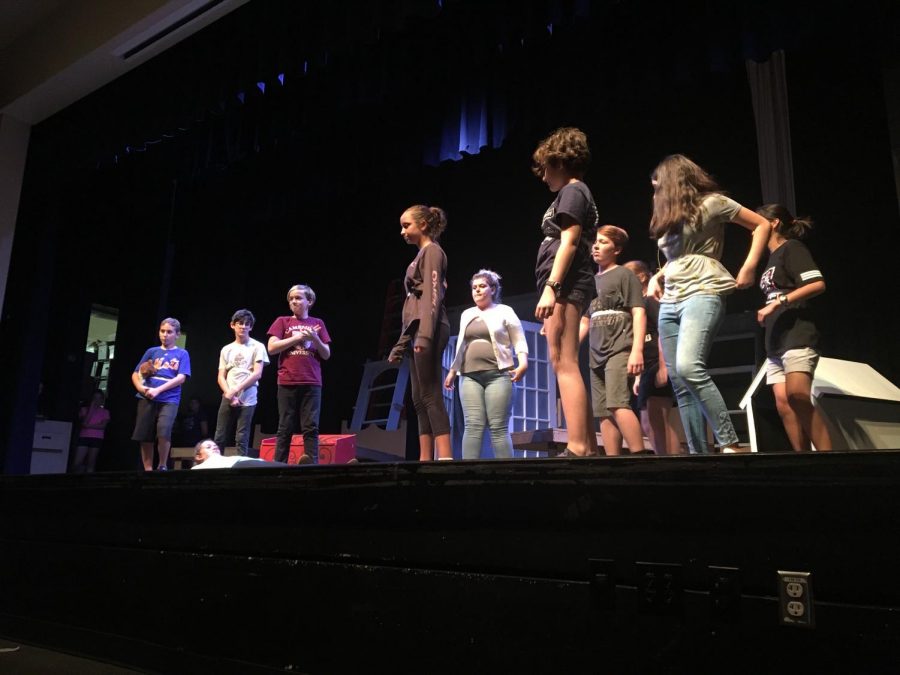 The middle-school musical “Peter Pan Jr.” will fly onto the stage Saturday with two performances in the school auditorium. Both middle- and high-school students have been rehearsing for more than a month to prepare for the show. While high-school students already were involved in the production, Director Maureen Fallon had to enlist another when the middle school student who had the role of Smee had to drop out at the last minute. Freshman Christian Lutz agreed fill the void.

“It was really unexpected but I try to be as involved as I can in the theater department, so I don’t really mind helping out with the middle-schoolers,” Lutz said. “On a scale of one to ten, one being not prepared, I’m like a four or five just because of how little time I have.”

Lutz said he appreciates Fallon’s confidence in him.

“I think she gave it to me because she knew I’d do it, and also I wouldn’t be a stink about it even though it is a little stressful,” he said.

Sophomore Rudi Larkin said the cast and crew will be ready come Saturday.

“I feel pretty prepared. I know all my lines but I don’t know some of the songs,” he said. “We’ll work that out. It’s only tech week. Miss Fallon is great. She’s always great at directing. We do what she says, or at least I try. I think it’s going to be a great show.”

So what’s it like working with a cast of primarily middle-schoolers?

Eighth-grader Gage H. said he has mixed feelings about his final middle-school performance.

“I feel like I’m ready to do it,” he said. “I’ve memorized all my lines and music and stuff at this point. It is a bit sad thinking of this being my last middle-school show, but that just means I’ll be able to move on to high school and do those shows. I’m excited about that and, as always, Miss Fallon has done a great job preparing us for the show and helping us get it done. I’m sure this will be an excellent show.”