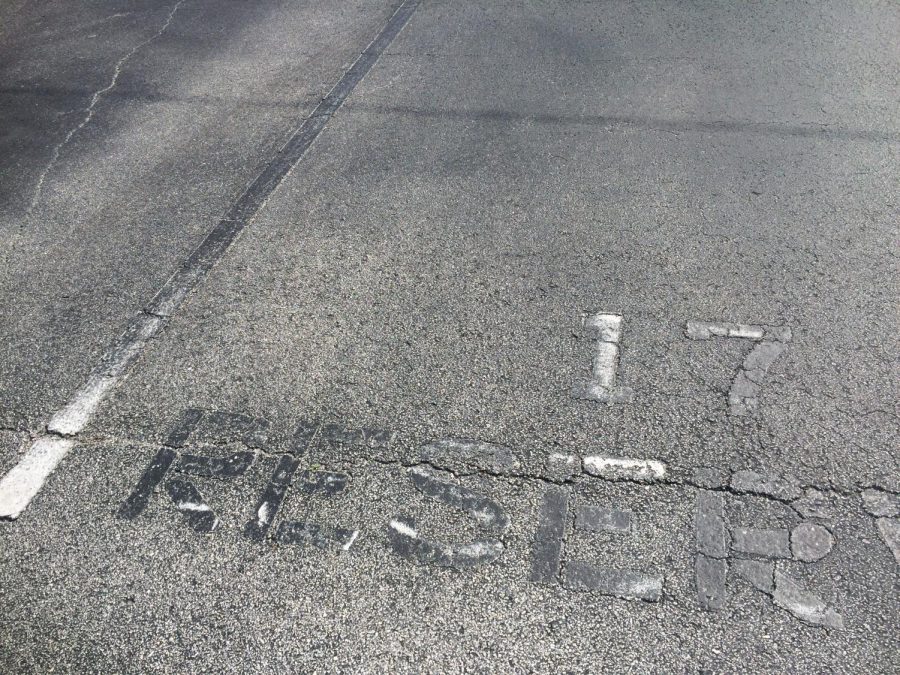 With rusty water fountain pipes, crumbling ceilings, and malfunctioning AC units, it’s safe to say we attend school on an old campus — 62 years old to be exact. You could argue this gives the school a unique charm. Some parts of the school are being given much-needed attention. However, this does not include parking lots, which need to be re-striped. The parking lots that need to be re-striped are the east, west and front parking lots. It has been 12 years since they were last painted, and it shows in the barely visible lines and numbers.

“I have to count the spaces from the handicap spots in order to find my assigned spot to park because I can’t see the numbers on the ground,” journalism teacher Mark Schledorn said.

Why has it been so long since the parking lots were last striped? It’s not because of neglect or that nobody cares about them, it’s the fact that there simply isn’t enough money in the school’s budget to do so.

“I’ve got to get pricing set in place,” South Area Service Team Supervisor Steve Fletcher said. “I’ve got to have funding to get it done.”

Fletcher estimates that it would cost between $4,000 and $5,000 to re-stripe all three of the parking lots, which he said was a high estimate. There is no set time for when the re-striping will be done, but it will eventually happen. He also said it wouldn’t take that long to re-stripe the parking lots, and that it could get done in a weekend. There was even money in the budget for re-striping, but it never got done. So where did the money go?

In the wake of the Stoneman Douglas High School shooting in Parkland, funds that would normally go into facility maintenance, including re-striping the parking lot, are being put into security. This includes more fencing, more security cameras and heavy-duty locks in the front office.

“It’s sad we have to do this, but this is the world we live in now,” Halbuer said.