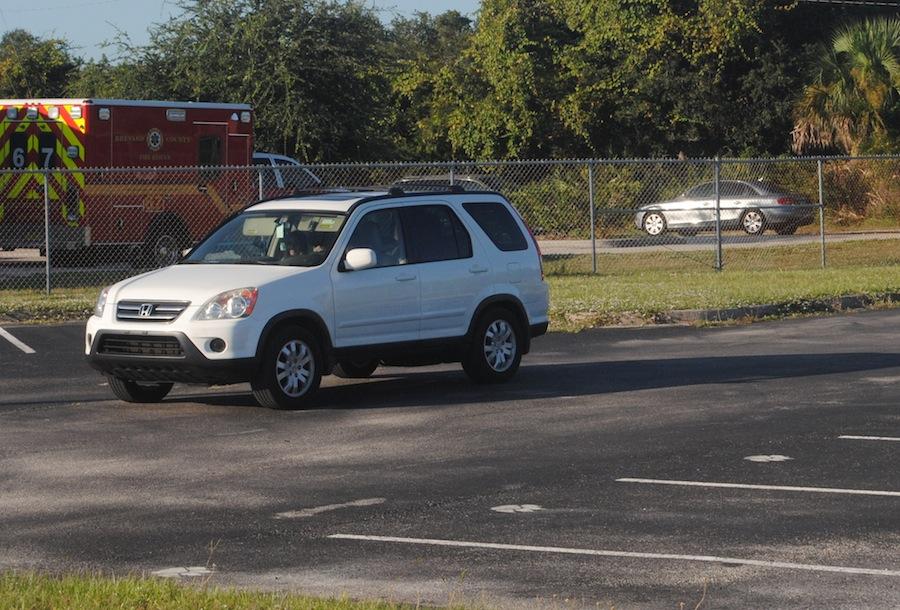 Despite the empty spots shown here, space is at a premium in the parking lot.

In the second semester, newly licensed sophomores start driving to school, and the already crowded parking lot gets more cramped. Even though the seniors are the only ones who can reserve specific spots, juniors establish a kind of parking etiquette and tend to park in the same place every day, and they are not happy when their spot gets taken.

“I get mad when my spot is taken,” junior Shane Potter said. “Especially when it’s taken by a sophomore because the juniors have been parking here all year.”

Others agree that parking should go by seniority, starting with seniors, then juniors, and sophomores last.

“Taking other people’s spots creates a chain reaction,” junior Kasi West said. “When my spot is taken I have to drive around the parking lot to find another one, and sometimes it makes me late to class.”

The problem extends further than just the new drivers though. Officer Chuck Landmesser has received complaints from students that there were people parking in the lot who did not have permits. When he went out to check the cars for permits, he found that many students who do have passes were not putting them up. He issued 19 tickets, but they were more for warning than for actual consequence.

“There were no fines,” Landmesser said. “Basically what would happen is [those students] could have their permits suspended, or if they don’t heed the first warning, there are subsequent [ramifications].”