New train to zoom through Brevard 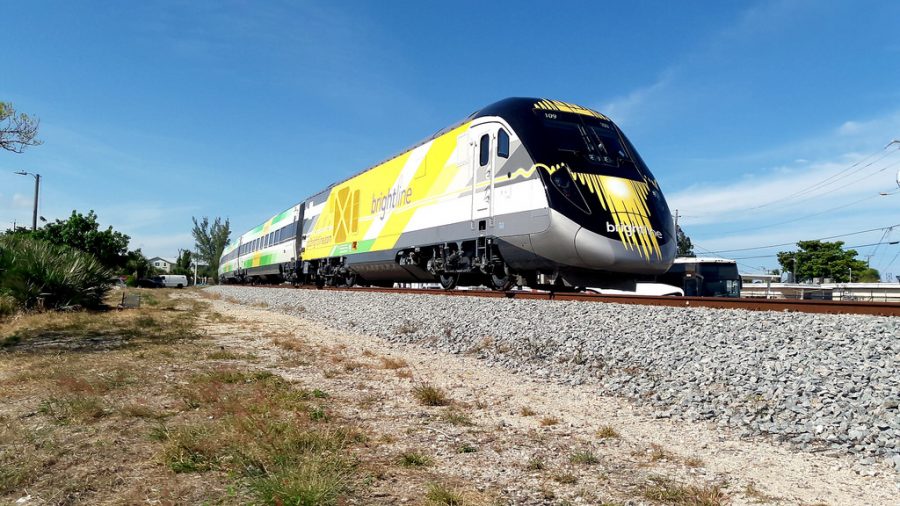 Brightline, the only privately owned, operated and maintained rail system in the U.S., has been approved to start constructing railroad tracks from Orlando to Miami. The company will be replacing the current tracks with new ones, and the $3.1 billion project is expected take up to three years to finish.

Freshman Ana Gent said she thinks the train will affect students traveling to and from school.

“The train will bring negative effects in the form of traffic problems, which can be very time-consuming,” Gent said.

Although the train will slow traffic, Gent said it will become a new and faster form of transportation for the state.

Freshman Liam Schutte said the train can and will affect the commutes, but could have a more positive outcome on the community if there was a stop planned in Brevard County.

“If there was to be a station implemented in Brevard, I believe it will have positive impacts on the local economy,” Schutte said. “With the numerous stops each day, there would be many chances for people to get off and experience the county.”

They both say the train could have positive effects on the local economy.

“Well it could impact the community in that it is always traveling to and from Miami and Orlando,” Gent said. “But that could be the downside as well because the train is going so fast and won’t stop in this area it won’t have as big of an impact.”

“I think that because the trip will be able to take people from Miami to Orlando in a short amount of time there will be an increase of tourism throughout the state,” Peters said. “If there was a stop in Brevard I think that could help boost the business in the stores and restaurants in the community.”

The new train is said to be able to travel from Orlando to West Palm Beach in two hours, to Fort Lauderdale in two and a half hours and to Miami in three.