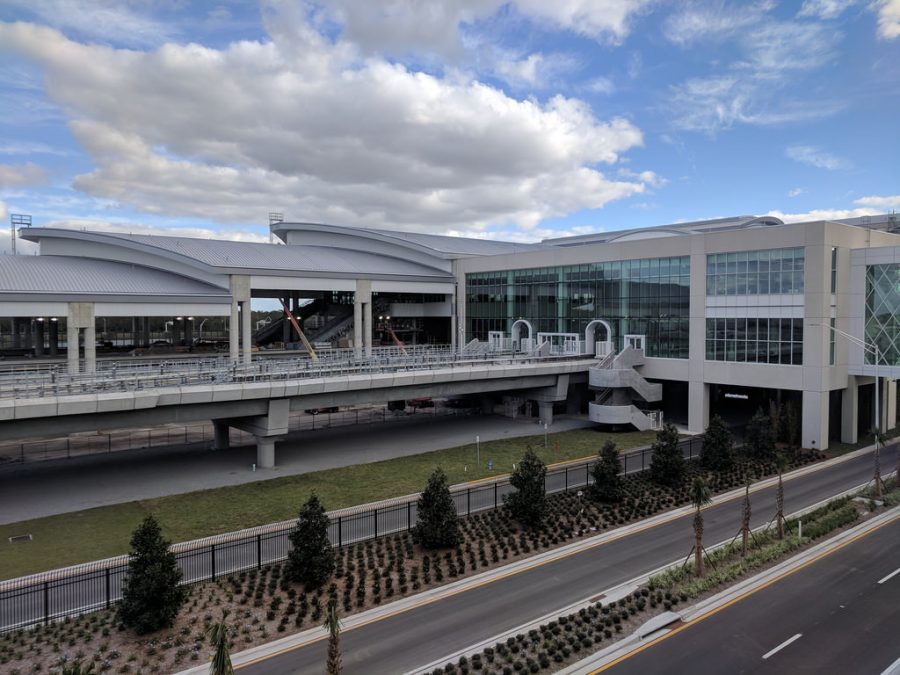 To keep up with the growing number of passengers Orlando Airport is getting a new $2.1 billion terminal built. It will employ 2,200 workers to build the new terminal. Phase 1 of the project which will include building 16 new gates. The full vision is to have 120 gates in the South Terminal or close to the number of the North Terminal.

Last year the airport exceeded its maximum annual capacity of 38 million people with 44 million and is expected to be able to accommodate 80 to 100 million people annually after these renovations are finished.

“The economy will grow even more than it already has because now more tourists and businessmen and businesswomen will be able to fly in at the same time, which means everything will be busier around Orlando,” sophomore Cris Saladino said.

Because there are going to be new gates adding size to the airport, overcrowding could become an issue.

“I think that there will be more people [in Orlando and the airport] because there will be more gates which will cause more flights,” freshman Brody Hetzel said. “But, if they spread out the location of the gates, then overcrowding shouldn’t be an issue.”

Saladino said he thinks this will affect not only the traffic inside airport, but also traffic near and around it.

“Security will be even harder to get through and the lines will be even longer to wait in than they already are,” Saladino said. “Instead of waiting 45 minutes, it will probably be at least an hour or more if it’s busy. My family rarely will go through Orlando. If we have to drive through it, we will stay on roads that go around the city to limit the amount of traffic we have to sit in. My family also already has TSA precheck because we didn’t want to sit in the already long lines at the airport.”

“I think the travel in and out will be faster because obviously more gates lead to faster travel because the planes don’t have to wait for the other taken gates and the boarding process can get moving faster,” Adrian said.

Phase 1 is expected to be open in 2020. A difference compared to the North Terminal is that arriving passengers instead of being directed downstairs to an essentially windowless room for baggage claim they will either remain on the top floor or the third floor, in a room that is exposed to large skylights and windows.