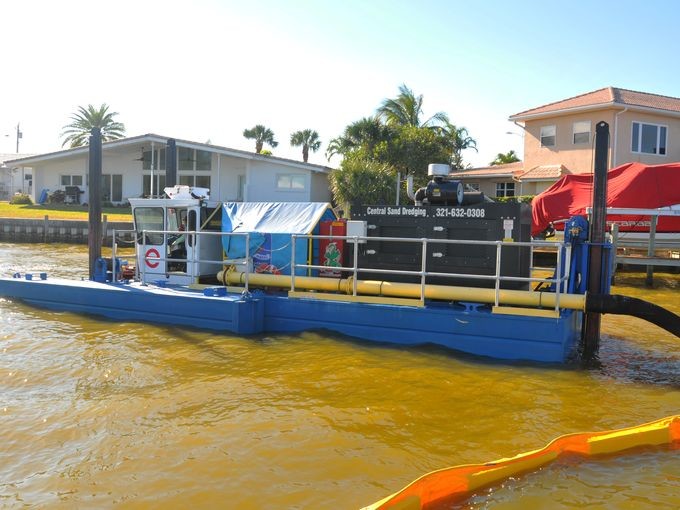 The extremely polluted Indian River Lagoon has been having a lot of cleanup work done. Some of these efforts include muck dredging, poison treatment, and the removal of chemicals, all of which are extremely harmful to many species of marine life.

“All the efforts to save the lagoon and the animals that call it home are causing the animals to be driven out of their habitats from all of the machinery,” avid angler Nicolas Coster (9) said.

The Indian River Lagoon Tax initiative funds all these cleanup efforts. The tax was approved by Brevard County voters in November 2016 as part of  a 10-year plan that will generate about $300 million. The goal of the tax was to save the lagoon, but has it done what it promised?

A public meeting on Jan. 22 updated the public on the lagoons’ current state and projected forecasts for the lagoon. The most important part of the meeting was when the Brevard County Natural Resources Director, Virginia Barker, discussed the turbidity levels before and after the muck dredging phase of the lagoon. The turbidity level shows the cloudiness in a body of water, helping to determine if the efforts to save the lagoon have worked or not.

Many other top-notch officials expressed their concerns as well.

“The lagoon pollution is a national dilemma, and it’s going take billions to get where we want to be,” said Dr. Duane de Freese, executive director of the Indian River Lagoon Tax Coalition who  has a Ph.D. in coastal conservation.

Satellite Beach Mayor Frank Catino said the controversy surrounding the lagoon would not have happened without raised concerns over the 2016 fish kill caused 10 tons of sea life to die.

“The fish kill is the greatest thing that happened to the lagoon,” he said. “I say that badly because I don’t think you would have the people in the audience today if that didn’t happen.”

“Many people come to Florida to fish and swim, and if the lagoon is polluted, people won’t want to come to Florida, and Florida will make less money from tourists,” she said.

Catino added that Brevard County residents need to do their part to help the lagoon, such as not littering and picking up animal waste.

“The state of the lagoon will continue to deteriorate if we do not take action now,” he said.