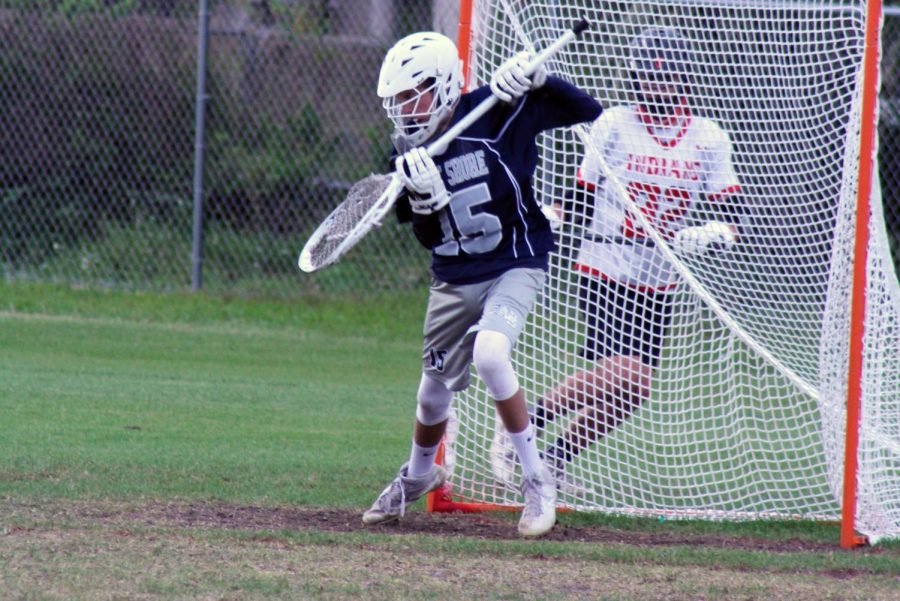 Junior Kyle Johnson defends the goal against Edgewood on Tuesday.

Junior Kyle Johnson has been voted the “Florida Today” Athlete of the Week after averaging 14 saves a game as the Wildcats’ lacrosse goalie.

“I’ve been working for a couple of years now to perfect my play and finally it has paid off, although I still have a lot to work on. I’m always trying to improve,” said Johnson, who has been on the varsity team for five years.

In addition, girls’ varsity lacrosse player Lexi Vorndran was nominated last week after scoring seven goals in one game and then scoring an additional six goals in the following game for a total of 13. Vorndran has been on the varsity team for three years.

“Honestly, I was actually really surprised, but overall it felt good knowing that all the hard work I have spent practicing paid off,” the freshman said. “As a younger player on the team, sometimes I feel like underclassmen don’t get enough credit, so it makes me really happy to contribute to the team and get recognition.”