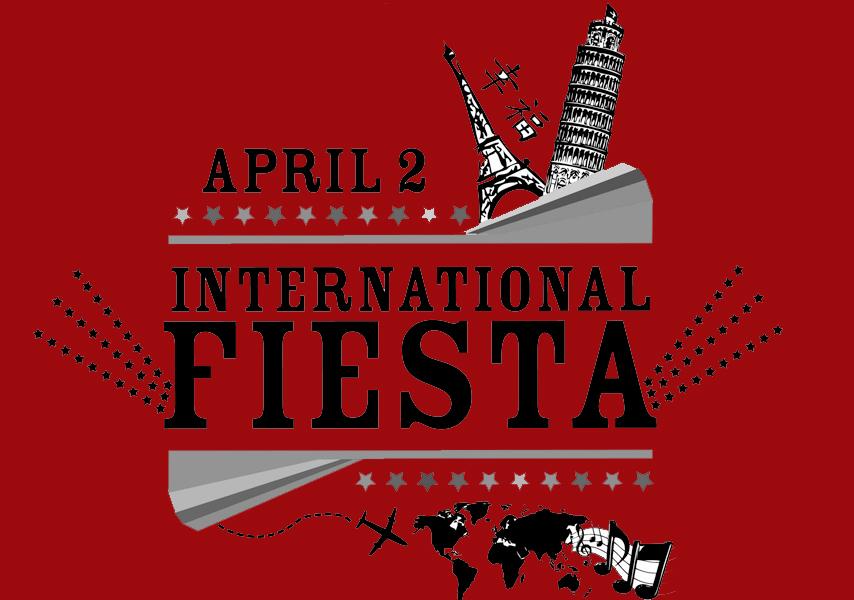 Food, music and culture from around the globe will be highlighted when the Spanish Honor Society plays host to an International Fiesta at West Shore on April 2.

“The International Fiesta is going to be a celebration of the many different cultures of the world,”said Margarita Cruz-Sanchez, vice-president of the Spanish Honors Society. “It highlights the diversity of students here at West Shore. There is going to be a bunch of delicious food, games, activities and live performances. There really is something for everyone, from getting a henna tattoo to eating empanadas.”

The Spanish Honors Society is hoping for the fiesta to become an annual event, and West Shore tradition.

“Admission is free. People pay for $1 tickets and each ticket allows them to get different parts of their meal,” Cruz-Sanchez said. “For example. if you want to get an empanada, rice, and a piece of cake, this will be three tickets, or $3.”

The International Fiesta highlights different cultures not only through games and activities but through immersive culinary experiences.

“It’s all donated food so parents can donate their food, whether it’s typical food from whatever country, it would be fine. It doesn’t have to be Spanish food. It could be any food of any kind,” said Señor Luis Martin, the Spanish Honors Society sponsor.

The Spanish Club, a newly formed organization for Spanish 1 and 2 participants, which highlights Hispanic cultures, will be making and serving the desserts. Señora Awilda Marti, the club’s sponsor, is excited for this opportunity.

Any club or person wishing to have a booth at the fiesta must pay a $5 set-up fee but can keep any profit.

“Jazz band has said that they will try to make an appearance at the fiesta and (senior) Peyton Oller is going to have her own India booth where she will be offering henna tattoos,” Cruz-Sanchez said.

The club held a similar fiesta in 2013 and made about a $1,600 profit. This will be their second year hosting it.

“None of our current members have attended the last time, so we all were starting off fresh and open-minded,” Cruz-Sanchez said. I believe it’s going to be a great success. I’m excited for the food and getting a henna tattoo.”