Horror Nights 28 back for bigger and better scares 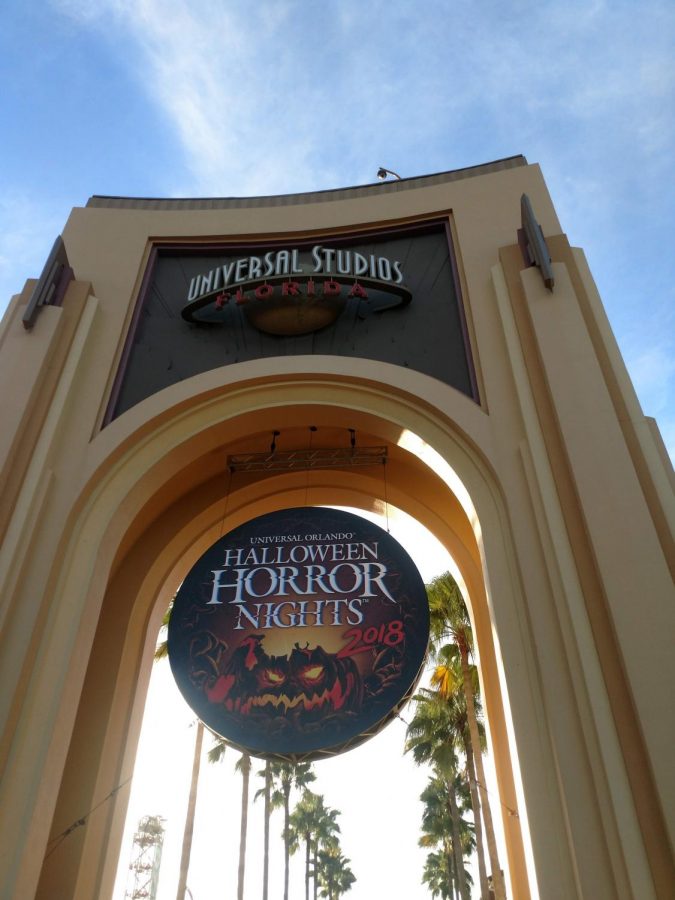 Five of these houses consist of theming from Netflix’s “Stranger Things” and movies like “Trick ‘r Treat”, “Halloween 4: The Return of Michael Myers”, “Poltergeist” and Blumhouse productions “The First Purge” and “Happy Death Day”. The addition of “Stranger Things” has easily drawn lots of people this year as the wait time to go through this haunted house is up in the one-to-two hour range. With the demogorgon jumping out at all corners, it definitely makes for a fun and great adaptation of the show. Horror Nights has also brought back an old series with “Halloween 4: The Return of Michael Myers”. This is a questionable decision by Horror Nights as the movie did not get much critical acclaim and it is not a popular Horror movie at all. The character of Michael Myers is one of the most iconic horror villains of all time though and the house is nonetheless fun and terrifying. “The Horrors Of Blumhouse” has made a return which is yet again a questionable decision by Horror Nights. This year’s house is balanced but it still comes up short as “Happy Death Day” and “The First Purge” don’t provide the best scares and they seem to be repetitive and not very creative. The best house of this year though is “Poltergeist” according to Fagan and many Horror Nights fans. The house blends a perfect mix of accuracy to the movie and terrifying scares which some haunted houses fail to accomplish. The house does not go in order of the film though as the house starts where the movie ends and by doing this it makes it a terrifying jump right in to all the terrifying scenes of this 1980s horror classic.

Halloween Horror Nights also offers five original haunted houses which are “Seeds of Extinction” , “Slaughter Sinema”, “Carnival Graveyard: Rust in Pieces”, “Scary Tales: Deadly Ever After” and “Dead Exposure: Patient Zero”. “Scary Tales” and “Dead Exposure” are original house concepts that have made a return from past years and they most certainly are back and better than ever. “Deadly Ever After” is the fifth chapter of the “Scary Tales” series and it offers a fun and terrifying take on fairy tales such as Humpty Dumpty, Hansel and Gretel, Goldilocks and more. A haunted house with great scares coming out of every corner and surprisingly sweet smells like candy it for sure makes for a great and entertaining house. “Patient Zero” is the third chapter of the “Dead Exposure” series and it is most definitely terrifying. It is the darkest house and arguably the scariest house of the event this year and it offers an almost psychedelic vibe as the house features many strobe and glow in the dark features that make for an unforgettable experience.

Halloween Horror Nights also has scare zones located in certain areas of the park. These scare zones have been inspired by “Killer Klowns From Outer Space”, “The Revenge of Chucky” and original concepts “Vamp ‘85”, “The Harvest” and “Twisted Tradition”. The scare zones never disappoint they are always fun and the scare actors are always great.

On top of the houses and the scare zones Halloween Horror Nights also offers a stage show, “Academy of Villains: Cyberpunk”. The show takes place in the future where robots have overthrown the human government and humans are almost extinct. One group of humans led by their leader: Revolt try to take down the oppressive robotic government in a daring mission. It features bright colorful theatrics, amazing dancing throughout, and even some dance battles. With “Bill and Ted’s Excellent Halloween Adventure” being retired as of last year after a 26-year run, “Academy of Villains: Cyberpunk” is a great successor to take the main stage.