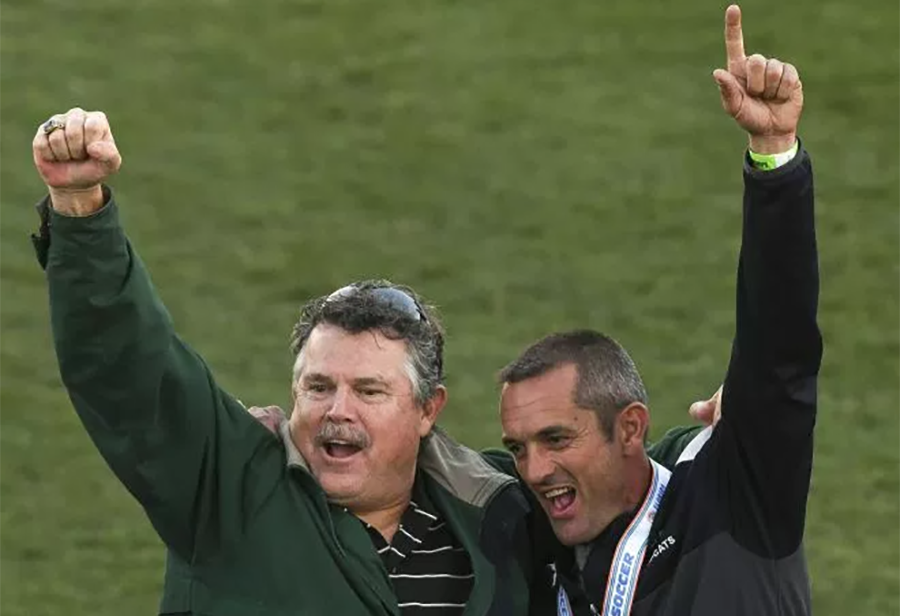 After finishing in the top three candidates for Florida’s Principal of the Year honor, Rick Fleming scheduled a medical leave of absence that would enable him to return to campus before the business of spring kicks in.

“He needed to schedule a time for the procedure, and where he [would have] time for recovery,” Assistant Principal Catherine Halbuer said. “And he wanted to make sure he could be back for Prom, Senior Boards and graduation.”

Fleming is scheduled to return sometime after Spring Break. In the meantime, the school’s two assistant principals and Athletic Director Tony Riopelle have been picking up the slack in making sure the school stays in order.

“We got a great team here,” Assistant Principal Glenn Webb said. “Everybody does their job, and with his absence, of course he’s missed. It’s noticed that he’s not here, but the work is spread out. Everybody kind of picks up and does what comes natural to them.”

Fleming often can be seen around campus talking to the students in a friendly way, and those students have expressed a concern for him.

“He always knows what to do if I go to him with a problem,” junior Erin O’Brien said. “I would like for him to come back soon because I have a corn beef sandwich for him and it’s not going to last very long.”