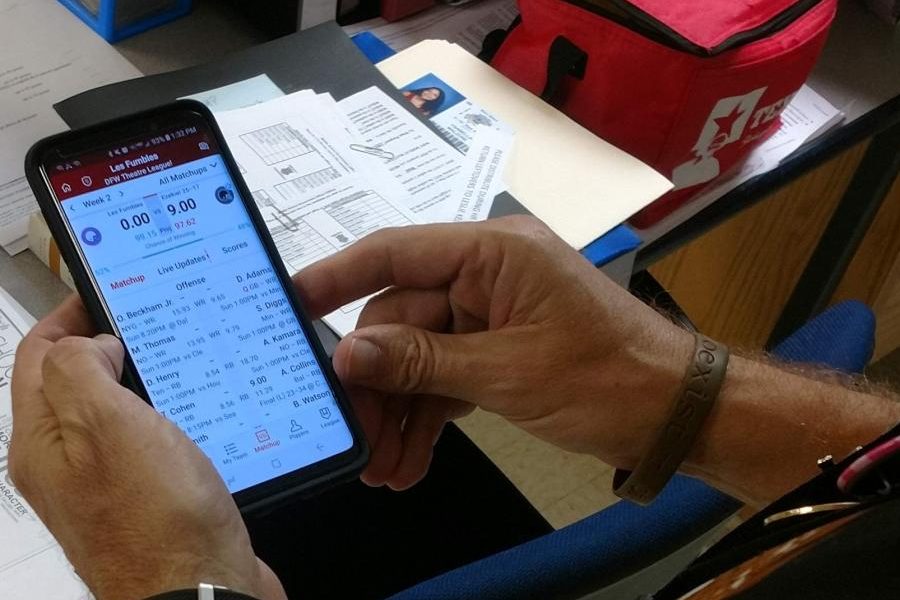 The night of the fantasy draft is finally here. Senior Scott Crissey takes the first pick in his league and he chooses Todd Gurley II, a running back for the Los Angeles Rams. According to The Washington Post around 59.3 million people in the United States and Canada play fantasy sports each year. On top of this, each fantasy player spends an average of $556 in league payments and online fees per year.

“I first became interested in fantasy football when my friend invited me to join his league three years ago,” said Crissey who has been playing fantasy for years. “My advice would be to make sure you look at more than just projected points and look into who they are actually facing as that makes a big difference.” Players collect points based on their performance during the game. For example, the more touchdowns a quarterback throws the more fantasy points he will acquire.

“When I first started we had to do the stats by hand and there were no websites like there is today,” Murphy said. “Most leagues are for fun, and I am in two online leagues this year. I am also in a league with my daughter. We were going to be in Dallas the same weekend as the draft, so it worked out. That one is for bragging rights. I was in one league where we paid $125 a season. That’s a very competitive league. I had to drop out this year because I was not going to be here for the draft.”

“I think my odds [of winning] are pretty good I have been close every year but this is the strongest team I have ever had,” Crissey said.