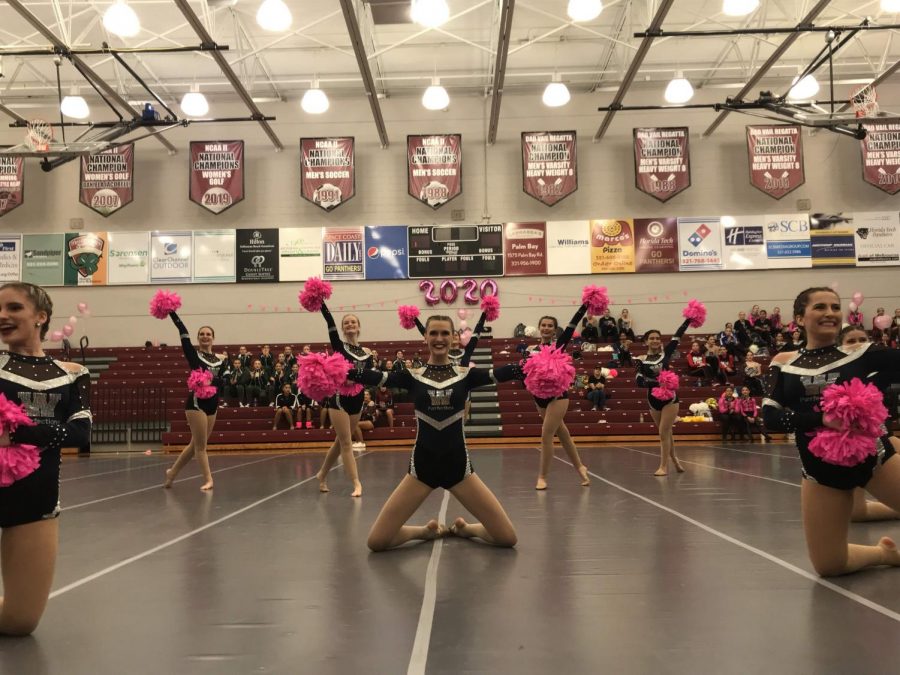 Twelve year  since its inception, Dance for a Cure, an annual fund-raiser/dance-a-thon continues to set records. On Sunday, eight studios and dance teams filled the Florida Tech’s Clemente Center to raise money for breast cancer research and treatment.

Bella Stazzone (12) managed this year’s event as part of her Senior Project. DFAC is a showcase for the different dance studios and teams across Brevard. The event, first organized by Daney C. Soto, who was the Palm Bay Precisions dance director, is now larger than ever in both support and donations.

During the past decade, more than $63,000 has been raised in addition to this year’s amount.

“It is crazy how much money this event has raised. I am so glad people care enough to come out and support us and the reason behind this whole event,” junior varsity dancer Kensey Girello (9) said. “My favorite part is seeing all of the others teams perform their routines and dances.”

Included among the eight teams were all of the West Shore Purrfections dance team in addition to the school’s cheerleaders, who were participating for the first time.

Stazzone said she has wanted to be the host for this event for a long time.

“Ever since I was a little girl, I knew I wanted to make an impact on Dance for a Cure one day,” Stazzone said. “I hoped the event touched the audiences hearts in the same way it has touched mine. I feel honored to have been able to take it on,” she said.