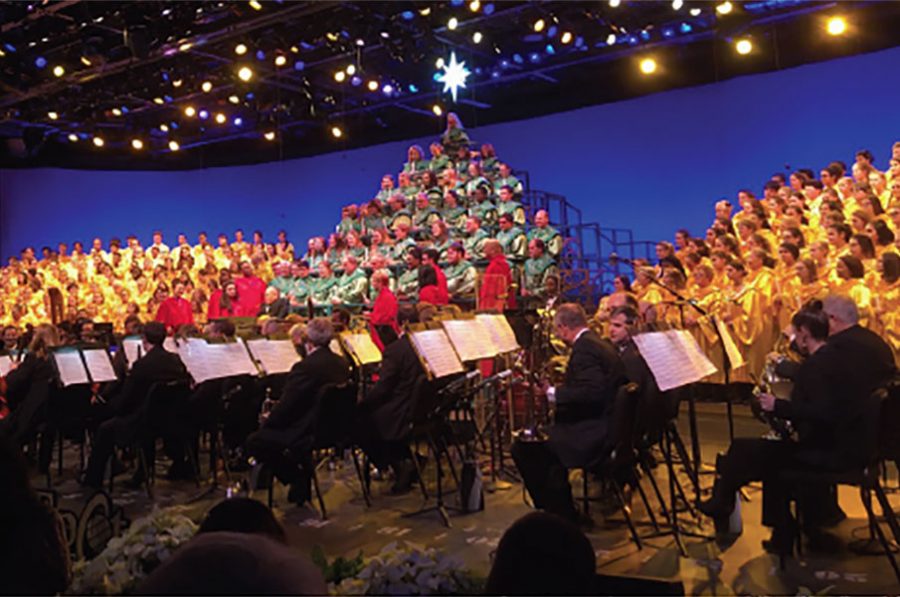 For the past few years, the school choir has performed at Candlelight.

The school choir has decided to forego participation the annual Candlelight Processional held at Disney’s Epcot Theme Park because the only open spot falls on Christmas day.

Every year, members of chorus learn holiday-themed songs and audition for Candlelight. If they make the cut, the class takes a one-day trip to Epcot, usually in December, and perform a Christmas-based storyline through song with experienced Disney singers called the Voices of Liberty, a well-known narrator, and a 50-piece orchestra. After the performance, students can spend the rest of the day walking around Epcot. This year, the choir planned to attend as usual, and members participating in the event learned their songs in preparation for auditions. The choir ended up making Honors Choir, meaning the available dates were presumed to end up in favor for them. However, when the only available spot was shown to be on Christmas day, chorus teacher Amy Davis decided to cancel attending despite making it into the event.

“I’ve never been before, so I really wanted to go,” Ajaris Rosario (9) said. “But I’m not that disappointed because I have future years to go. I was excited because we made Honors Choir and this is a really big event, plus it’s always fun to walk around Epcot with your friends.”

“I mean, I was a little upset because I like Candlelight in general, but I understand the complications that went with it,” Villanueva said. “So I just have to hope that next year we get to go. The thing with learning the music is that a lot of people say it’s super-hard, but once you learn it the first year, it’s kind of just repetitive each year so the practicing wasn’t that much of a hassle. I know it was harder for the people that hadn’t learned it yet, but I think it should be fine next year.”

Although their Candlelight performance was canceled, this isn’t the only event members of chorus might get to attend.

“We’re supposed to be having another audition for Disney where we’ll be performing at Disney Springs and then getting to spend the day at Epcot,” Villanueva said. “I know for a lot of people, their big thing for Candlelight is wanting to go to Epcot. The only downside is that we won’t actually be able to do Candlelight, but we’ll be able to go to Disney.”