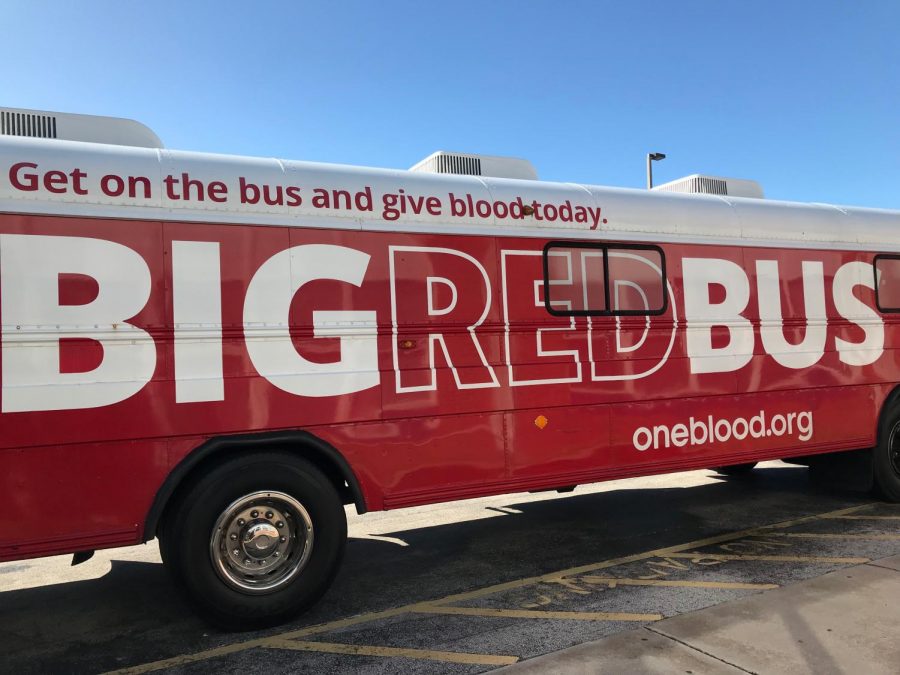 The Key Club’s annual blood drive has called on some students to overcome their nerves, and hop on the Big Red Bus for the first time. To junior Kyle Caudill, the idea of contributing to a good cause was a factor in alleviating some of the stress that comes with giving blood for the first time.

“Just knowing that people really need it, that’s worth a little bit of discomfort if I can help some people out,” Caudill said.

Junior Marie-Claire Goldfarb used previous experiences to supplant the nerves when she had blood drawn Monday.

“I was a little nervous at first,” Goldfarb said. “But I know when I had surgery I got an IV, so I figured it was going to be kind of like that.”

Senior Sydney Zamorano, who had donated blood before, said she enjoyed the Blood Mobile staff.

“It’s fun, because you make friends with the people who take your blood from you on the bus,” she said.