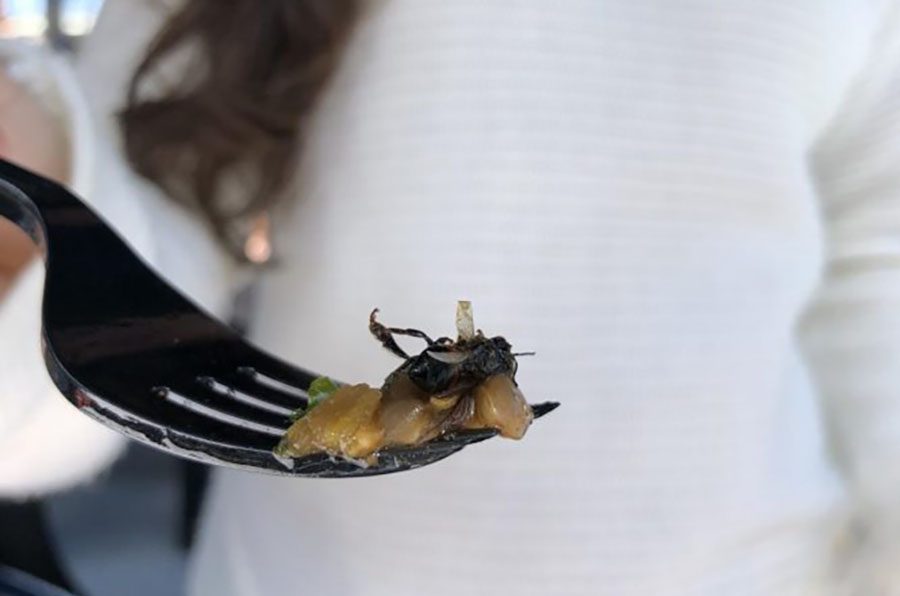 Sitting outside during lunch has become potentially hazardous to recent swarms of bees that have invaded the campus.

Freshman Bailey Hetzel had many bees fly into her soup recently and couldn’t finish her lunch.

“I’m disappointed. It’s hard to eat a lunch,” she said. “We already don’t get to sit inside because there is not enough space, so then when we are forced to sit outside, we have to deal with bees trying to attack us.”

“We have contacted several people, including the Safety and Environmental Office and a parent who actually wants to capture the bees and try to relocate them safely without harming them,” he said.

Fleming also has a theory about what is drawing the bees to campus.

“All of the sweet things that are left over on the tables [after lunch] is what is most likely causing this problem,” he said. “We are trying to pick trash up as quickly as possible.”

“It is really a problem when kids leave their lunch around and don’t clean up after themselves,” Tsark said. “I try as much as possible to tell people — especially the middle schoolers — to clean up their messes.”