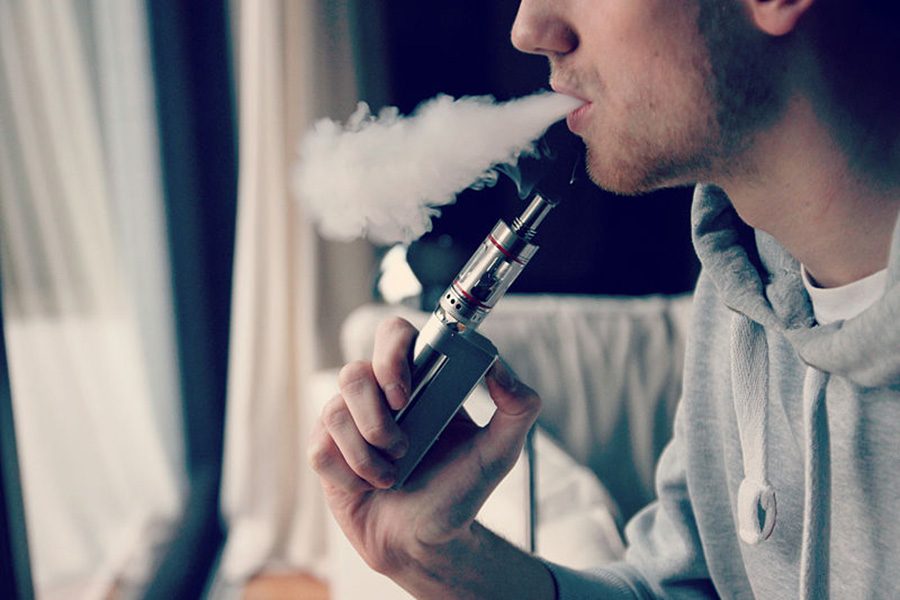 Supporters of Amendment 9 hope to put an end to vaping in enclosed public spaces.

Florida voters will vote on Amendment 9 Tuesday, which if approved would prohibit vaping in enclosed indoor workplaces. This amendment could have implications to vapers on campus and across the state.

Principal Rick Fleming said he believes the Legislature is taking a step in the right direction, although they lag behind schools.

“I’m proud that schools are out in front of this before the amendment,” Fleming said. “But since it has become such an epidemic among youth, I’m glad the Legislature is doing this.”

However, Fleming said he doubts the amendment will make much difference, but that educating teens on the dangers of vaping would be more effective.

“Like anything else that is illegal, teens are going to do it,” Fleming said. “But by informing teens on the dangers of vaping, we hope to end vaping in schools.”

There would be no additional consequences for students who vape in school if the amendment is approved.

“If they are a minor, they get school discipline and a tobacco citation,” assistant principal Catherine Halburer said. “But not anything different.”