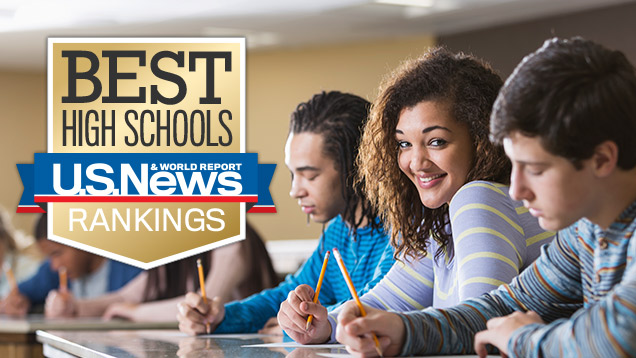 “U.S. News & World Report” officially recently announced that West Shore has been ranked No. 8  in its list of best high schools in Florida. The school has been within the Top 8 since 2014 and 2015, when it was ranked No. 1 in the state for two consecutive years. Schools are ranked based on how well students perform on state-mandated tests and how well the school prepares students for college. The announcement comes as no surprise to Principal Rick Fleming.

“When you have the right recipe of great motivated students, supportive parents, outstanding teachers, that is recipe for success anywhere and West Shore certainly has a good mix of those things,” Fleming said.

Only two other Brevard County Schools ranked in the top 100 with Edgewood coming in at ninth in Florida and Cocoa Beach being listed at 30th.

According to the magazine’s scorecard given to each school, 100 percent of West Shore students are involved in AP courses and exams, 84 percent pass the AP exams, students have 97 percent math proficiency and 99 percent reading proficiency, along with a college-readiness index of 89.6 percent.

“That’s how it should be,” sophomore Leighton Johnson said. “A lot of our students receive a lot of awards for academic achievements, and it’s good for the school to be recognized for that.”

English teacher Adrienne Gent attributes the success of the school to the cooperation of parents and students.

“I think a big key to our success is the parents and the kids themselves,” Gent said. “As a teacher you can do everything under the sun to make learning good and fun and wonderful, but if you don’t have the kids and the parents on board with what you’re trying to do, you can’t be successful.”

The ranking also takes into consideration the graduation rates and student body makeup. West Shore has a 99 percent graduation rate along with a 53 percent female enrollment gender distribution, 33 percent minority enrollment, 11 percent economically disadvantaged enrollment and  an 18-to-1 student-teacher ratio.

West Shore has also been ranked No. 70 in national rankings and has earned a gold medal.