Pooja Shah: The player above the rim 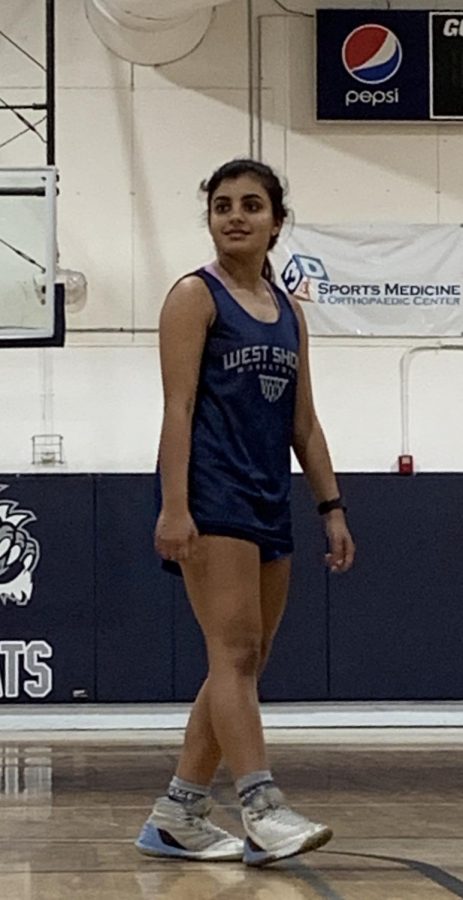 Pooja Shaw led the team in scoring this season.

Pooja Shah (12)  makes a living behind the 3-point line, averaging about 10 points per game, making her the leading-scorer on the girls’ varsity basketball team. But her biggest contribution to the sport might be the training camp she founded to teach basketball fundamentals to those with special needs.

“It is honestly one of the most rewarding things I’ve ever done,” the team captain said.

Seeing a shortage of special needs sporting programs, Shah contacted the park coordinator of Space Coast Field of Dreams to get one started.

“I had to make an eight-week coaching plan and basically build in everything we were going to do each week,” she said.

With that plan in place, Shah was ready to get started.

“It was noncompetitive, but I taught them fundamental stuff such as dribbling, shooting and passing,” she said. “I was pretty nervous going into it, but then I began to realize how fun and rewarding it is. I left feeling super-excited and ready to come back and really inspired.”

“It does not surprise me that Pooja is helping outside of West Shore,” Hamilton said. “She is a well rounded young lady with greatness ahead of her.”

Shaw’s program prompts positivity from her teammates as well.

As a senior Shah has used this inspirational experience to write college app essays, helping her to gain her acceptance to University of Central Florida, Florida State University, University of North Carolina at Chapel Hill, Washington University at St. Louis and the University of Miami.

Looking ahead, Hamilton said the varsity team will soon miss its leader.

“[I feel] a great sadness in losing Pooja because she has been a great aspect of the program, but also a great happiness because she has so much to [offer] in the world,” he said.