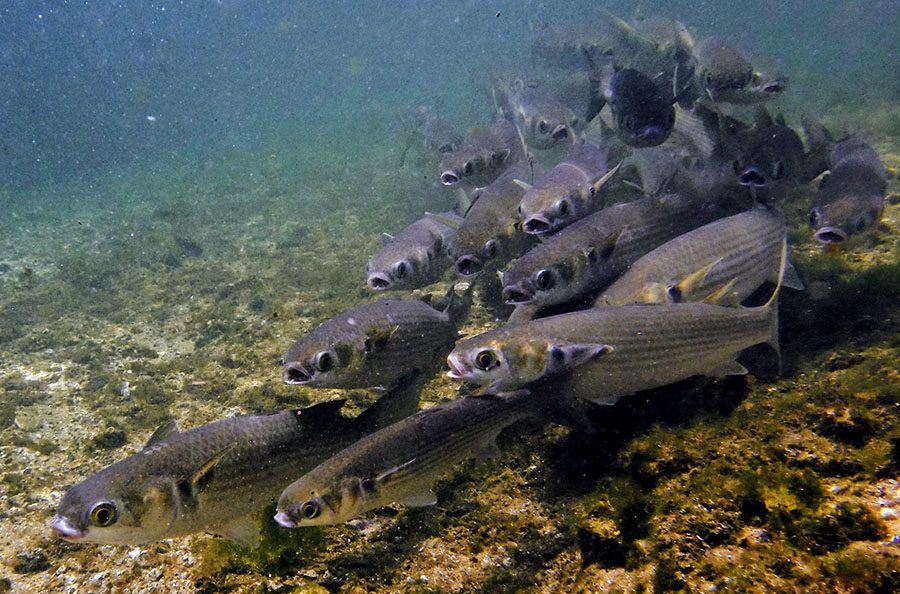 Mullet have begun their annual migration to the south.

The Mullet Run is one of the biggest and greatest migration of baitfish on the planet right here in Central Florida. The mullet exit estuaries to the north and make their way south to winter in the warm waters of south Florida. This yearly migration makes for sights of enormous schools of mullet busting at the surface and more importantly, incredible fishing.

Many saltwater anglers look forward to the mullet run all year just waiting to get on the hot bite. The mullet run can attract various types of saltwater predators from smaller fish like jacks, snook and flounder to giant fish like blacktip sharks and tarpon.

“Recently I have been fishing the beach in schools of mullet in hopes to catch snook and tarpon. I haven’t been able to catch any yet, but I have hooked a couple decent sized fish,” Chris Kehm (10) said, “I’m hoping to be able to land my personal best snook by the end of the mullet run.”

Anglers can rig mullet on a normal hook and reel it on across the surface for a  bite on the surface. They can also add a sinker to their rigs if they need it to get the bait down deeper. Those trying to catch larger fish like sharks and tarpon should use the biggest mullet they can catch to increase the odds of catching a bigger fish.

“I go out and cast net for mullet then when I have my bait I use a circle hook and a half-ounce split shot weight as my rig,” Zane Korfhage (10) said, “Then I will toss the mullet into any type of structure or anywhere where there are fish such as snook or tarpon busting on more mullet.”

As the mullet run makes their way south, they pass through every beach on the Atlantic shore between the Carolinas and Florida, so any beach could be the best fishing in the entire southeastern coast. Anglers can maximize their chances during the mullet run by fishing high percentage areas such as jetties, piers and especially inlets.