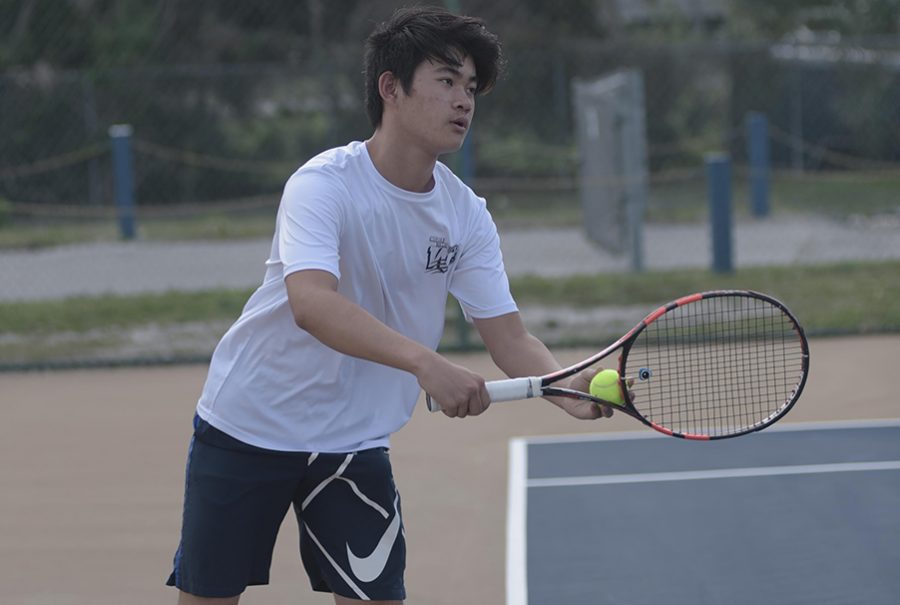 Sophomore Nathan Foo hopes to reclaim his line one position as he prepares to battle challengers during tryouts.

The upcoming Winter Break will give the boys’ tennis team an opportunity to prepare for its season which starts in mid-January.

“I am looking to play a lot over break because when we get back from school tryouts are pretty close,” sophomore Hunter Scott said.

The team will play challenge matches to determine the lineup, so the boys are planning to use the next three weeks to get in a lot of practice.

“I am going to be training a Kiwi a lot,” sophomore Nathan Foo said. “I am also going to play some practice matches so that I get prepared for our season.”

In order to be line one, a player must defeat all the other team members, often multiple times. Returning line one player, Nathan Foo, said he’s ready for the challenge.

“I really want to start the season off strong,” he said. “I don’t want to have to take some games to get my rhythm. I want to be ready from the start.”

Returning line three player, Hunter Scott, has a chance to into the position vacated by Phi Doung, who graduated in May.

“I’m really hoping to be line two,” Scott said. “I think I have a good shot because Phi graduated, but I still need to beat the other people to secure my spot.”