Swimmers make states for the first time in 12 years 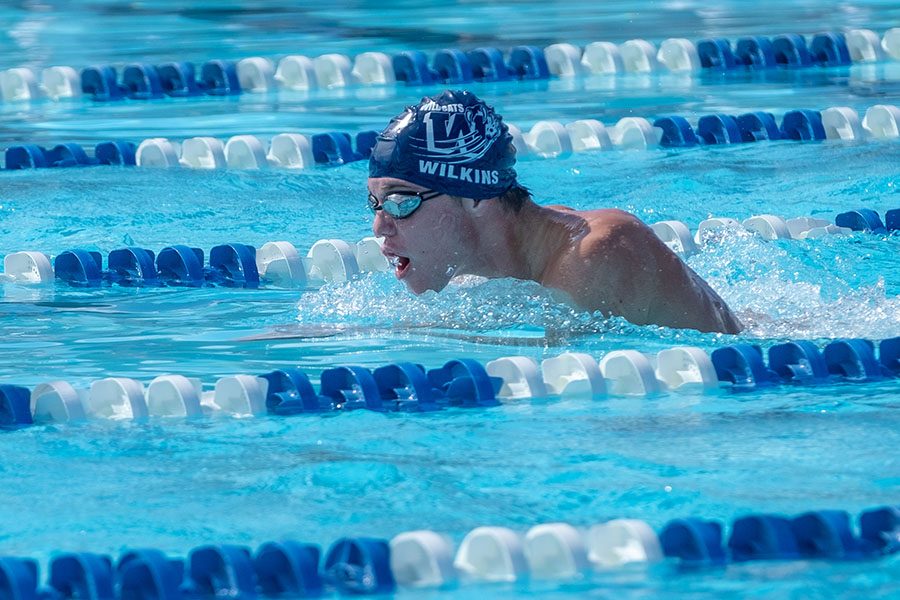 Riley Wilkins (12) is part of the 200-medley relay team that has qualified for state competition.

The 200-medley relay team won the event at swim regionals despite the fierce competition. Consisting of Ben Castillo (12), Jake Reppeger (12), Riley Wilkins (12) and Lance Stern(9), their strengths in different strokes combined proved to a formidable relay. Along with Sami Ramadan (11), the boys’ team will be competing at state for the first time since 2007.

“I did not expect to qualify for state until I saw that the 200-medley relay I’m on was seeded first,” Stern said. “I think that the boys’ team is going to do pretty good, individually we have a couple of boys ranked high in their events and the relays could very well make it to finals.

The team performed well at the meet despite the poor conditions

“The 200 medley and 200 free relays both set new school records,” Castillo said. “Riley and I added time in our events, but Jake went a personal best in the 50 free. It was raining and gusting winds but still a fun experience.”

This comes just after Kyle Berry took the position as the head coach of the swim team in January. Being his first season coaching here, he was more than satisfied with their performance.

The boys’ team wasn’t the only ones to have success in their races though. The girls’ team also qualified, the first time in seven years. Though they didn’t have as much success as the boys, both their relays dropped time and Syndey Weatherspoon(12) qualified by for both the 50- and 100-free tackling a full load with four events, including two relays.