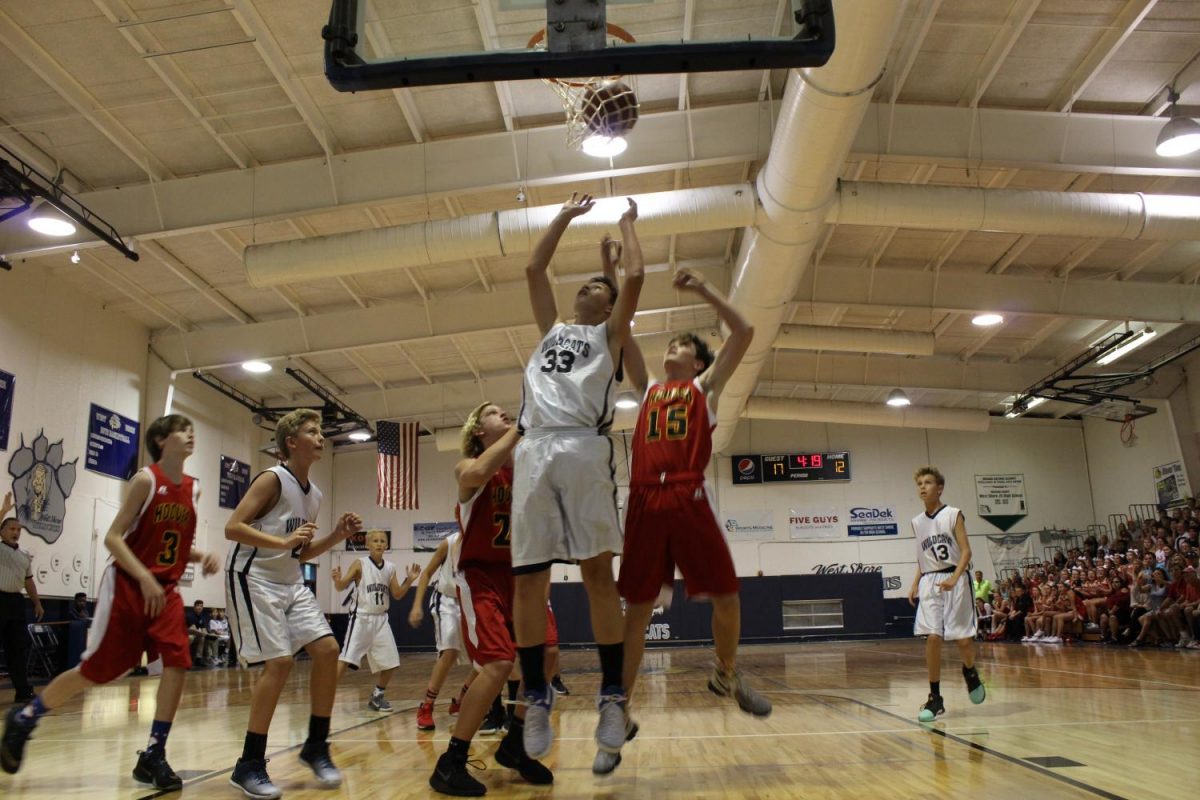 The years of middle-school basketball athletes being able to play junior varsity or varsity have come to an end. The Florida High School Athletic Association passed a law two years ago stating that middle-school basketball athletes at a junior/senior high school can no longer play JV or varsity. The Brevard School District was able to get a waiver for the 2016- 2017 school year, which let middle- schoolers play on high-school teams, but this year schools in the district will have to abide by FHSAA rule.

“A West Shore kid in middle school could start playing basketball in August,” athletic director Tony Riopelle said. “Then, if they play JV or varsity, they would play all the way through February. Then, if you take a kid from a school like Stone, they can play starting in August but only until mid-October. It’s not fair for one kid to be able to play all that time whereas a kid at a regular middle-school can’t.”

There is one exception to this rule. If middle school basketball players played on a JV or varsity team last year, then they are eligible to play on the team again this year, although they can only play on that team. This exception will pertain only to current eighth graders. In upcoming years, middle schoolers will not be allowed on a JV or varsity basketball team whatsoever.

“I see both sides, but if you’re an eighth grader and you’re really working hard and you really want to play JV I think you should be able to do it,” eighth-grader Jesse Bratman said. “They let it happen before so it has never really been an issue. I think they should let it keep happening.”

Although this new rule may not impact boys basketball too much, the girls’ team will face some problems.

“It’s not so bad for boys’ because there is enough interest to ll up the teams,” Riopelle said. “But for girls it hurts because last year our JV team was made up of a lot of girls who were also on the middle school team. This year, we have enough to ll JV, but are struggling to ll middle school.”