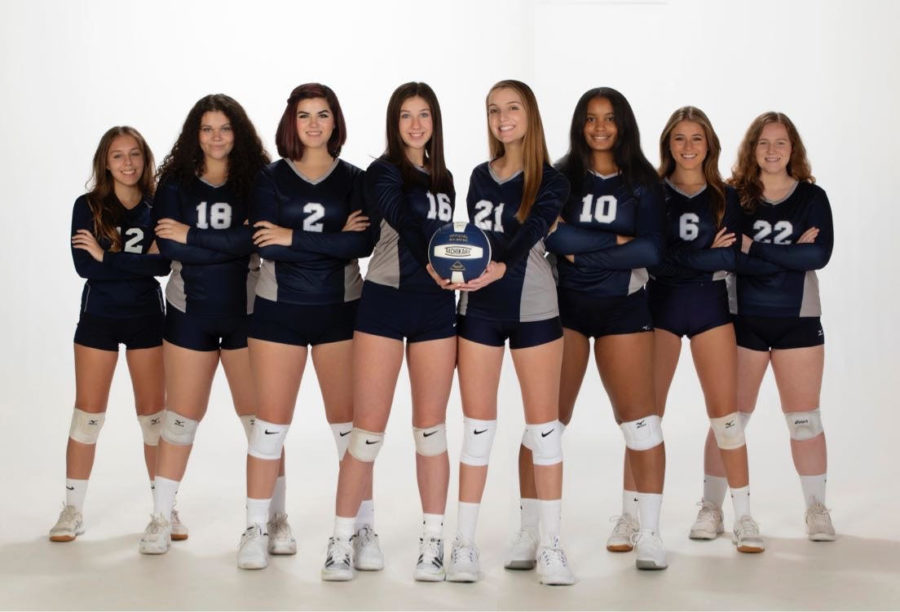 After two years of playing for the varsity volleyball team, this season means the most to senior Meghan Bocinsky.

“Being a senior on varsity this year is so cool because I always remember really looking up to the seniors when I was younger,” Bocinsky said.

She isn’t the only senior who sees this year as surreal. This year, there is a strong representation of the senior class on the varsity volleyball team.

“There are a total of nine seniors in the program this year,” Coach Moriah Parker said. “This is more than what I’ve usually seen in my years of coaching here as we only had two seniors last year.”

Being the last year of high school for most, an all-or-nothing attitude was a motivating factor for the players. The team ended with a 7-6 record and competed at districts against Holy Trinity. They lost 3 sets to 0 in what would be the last game of the season and the last game for the senior’s high school careers.

“Honestly, I didn’t think I was going to feel much of anything, but when the game ended and I realized the season was over, I was shocked,” Bocinsky said. “I had sort of been in denial up until that point. I could tell when the game ended that we all wished we could have moved on to play even one more match. It felt like it wasn’t really over.”

Some of the graduating players are looking to continue playing at the collegiate level. Captain Lily Winsten is looking forward to a college career.

“I am looking to play at Roger Williams University, [a] division three school,” Winsten said. “I am still applying to other schools, [though], to keep my options open.”

With the absence of nine players next season, spots will need to be filled to be set for another winning season. Parker said she doesn’t think this will slow them down.

“We will be both competitive next year but also in a state of rebuilding,” Parker said. “We have non-seniors on the team filling big roles on the team already so they will be ready to step up next year.”

The season’s ending was bittersweet for the seniors. Although they didn’t make it beyond playoffs, they were able to play together one last time.

“I won’t get to play with this team competitively anymore, but I know we’ll all stay friends for a long time,” Bocinsky said.