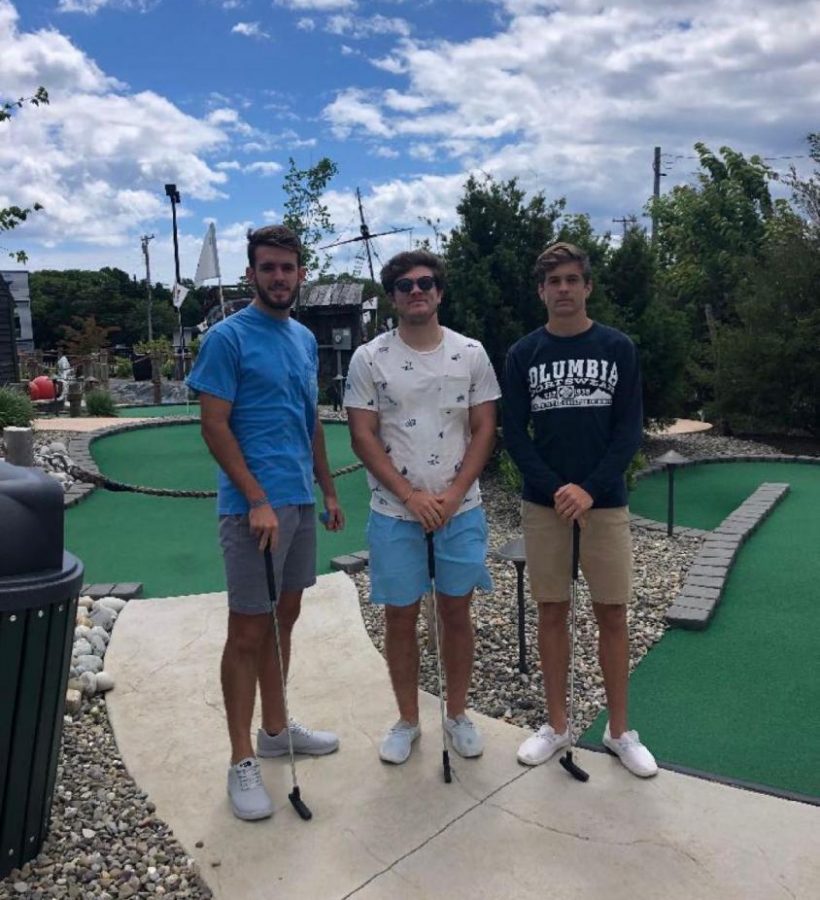 Colin, Ryan and Gavin Robidoux share a passion for soccer.

When it secured the 2A state championship in 2012 and 2017, the boys’ soccer team made a name for itself. One thing each of these championship teams had in common was the Robidoux name on its roster. Gavin Robidoux (10) just wrapped up his third varsity season on the team. Being the youngest Robidoux brother, Gavin is the third one in his family to do this. His older brothers, Colin and Ryan, are both graduates of West Shore, and have gone on to continue the sport later on, with Colin playing and Ryan coaching. Both have secured state championships with the Wildcats. Gavin, like the rest of his family and team hopes to secure the title before he completes his wildcat journey.

“Having both my brothers win states makes it like an obligation for me to do the same because at this point its like family tradition,” Gavin said.

Gavin’s father, Rob, serves as the team’s head coach and his influence has made the goal of succeeding in his sport and getting a title more prominent for Gavin.

“He can be pretty tough on me, but I realize that it helps me on the field,” Gavin said. “It also makes me want to win states more, because he was coach when Colin won, and goalkeeper specialist when Ryan won, so it’d be great to win it when he was coach.”

“It’s nice to have been a part of state champion-winning teams in the past,” he said. “And it was even better to be able to have my boys out there. I’ve coached all three of them their whole lives, so it makes states a little more special.”

Colin and Ryan Robidoux both went on to continue being involved with soccer post-high school. Ryan is now the assistant soccer coach at Tampa Prep, and Colin plays just down the road from his high school field at Eastern Florida State College. Like his brothers, Gavin hopes to follow a similar path.

“After we win states,” Gavin said, “I hope I can continue soccer in some way, whether it’s coaching or playing it.”