Riders of the Storm 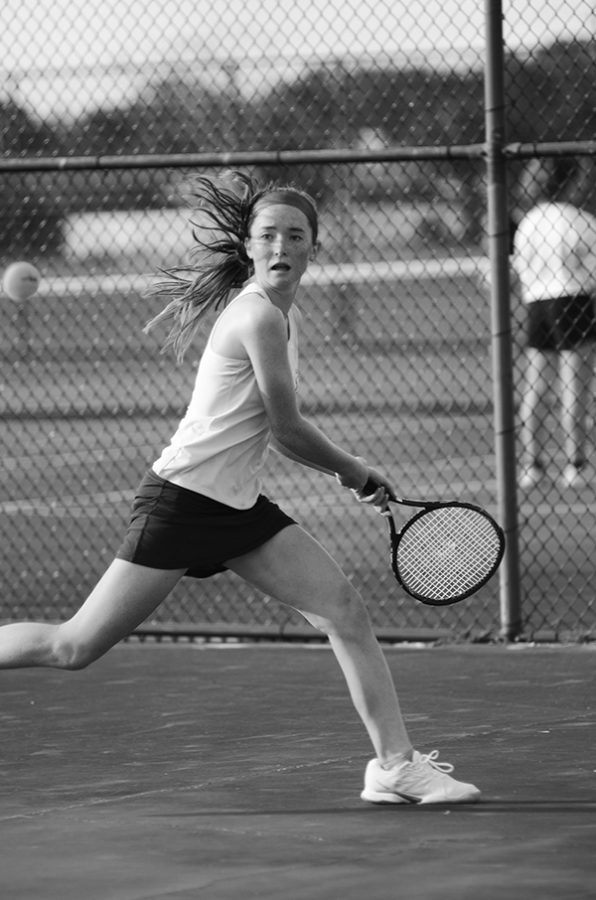 The sun rose on a beautiful day for tennis districts and the Lady Wildcats tennis team rose to the occasion, notching second place in most lines and everyone who played took home at least one medal.

“The team improved over last year with a very dominant performance taking second place in every position except No. 1 singles,” Coach Springer Jones said. “Last year we also finished second at districts but it was very close and we were not as dominant as this year.”

Sophomore Rosellen Rodriguez, who did not qualify for districts last year, was able to secure her spot for this year.

“Personally, compared to last year I’ve definitely moved up not only in rank but skill,” Rodriguez said. “Last year I was number seven or eight, not even making it to districts but this year I was able to play line four.”

According to Coach Jones, juniors Erin O’Brien and Sidney Jones played exceptionally well as they claimed the No. 2 spot for doubles at the district competition.

“We did really good at districts. We got runner up and only lost to Holy Trinity,” Sidney Jones said. “Me and Erin connect well on the court because we are friends off the court and we keep each other grounded throughout matches. Our strengths and weaknesses compliment each other well so we train each of our strengths and it helps our game click.”

O’Brien broke down the pair’s strengths.

“Sidney has a strong serve and she has a lot of spin on her shots,” O’Brien said. “But I’m more consistent and composed at the net, so although our skills are different they blend together well.”

The second-place finish at districts meant the team had to travel to West Palm Beach for regional play. When they showed up, the team was prepared and ready to play, the weather, on the other hand, seemed to not be ready for them. While their districts match was a breeze, the weather was too breezy in Palm Beach Gardens for the girls as after a three-hour rain delay they fell 4-3 against The Benjamin School, marking the end of their season.

“When we got there it was basically just storming raining and hailing,” junior Abby Mechachonis said. “We didn’t start actually playing until around 5 p.m. because we were waiting for the storm to die down and the courts to dry. We did eventually play though, and I won my tennis match at the No. 5 singles spot. We also got back very late as we arrived back to the school around midnight.”