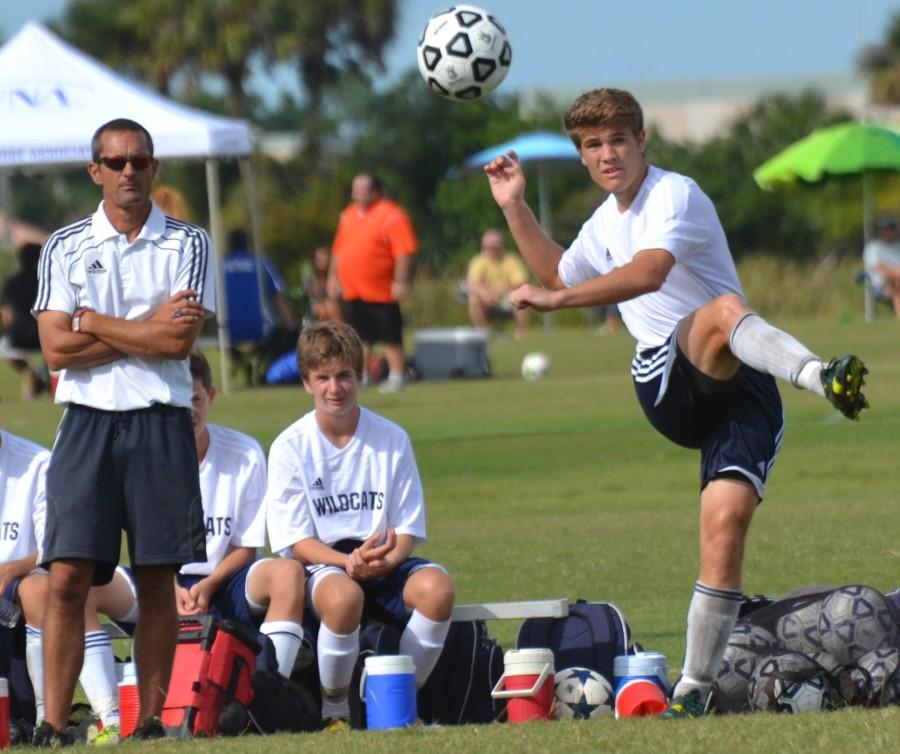 Senior Ryan Robidoux kicks a ball away from his coach and teammates during a warm up.

For Briana Basta, the entire experience was a great way to end her high school soccer career.

“Because this was my last high school game, I went out with a bang and had fun playing defense one last time in high school. I had a great time on the field and enjoyed playing with the girls one last time,” said Basta.

“This whole thing was a really cool experience because it was my last high school game and because I play club with a lot of these girls so it was great getting to play with them one last time,” said Forry

The Wildcats’s male representative Ryan Robidoux was honored to get the opportunity to play with some of the most talented players in the county.

“I though it was a lot of fun and it was great honor playing with the best players in the county. It was a great game to watch and even more exciting to play in, ” said Robidoux.

In their final game of their high school careers, all four seniors were able to taste victory for a final time as the girls southern team easily beat their northern rivals 4-1, and the boys southern team were also able to eek out a victory as they beat the north 4-3.