Norris throws her way to a spot in regionals 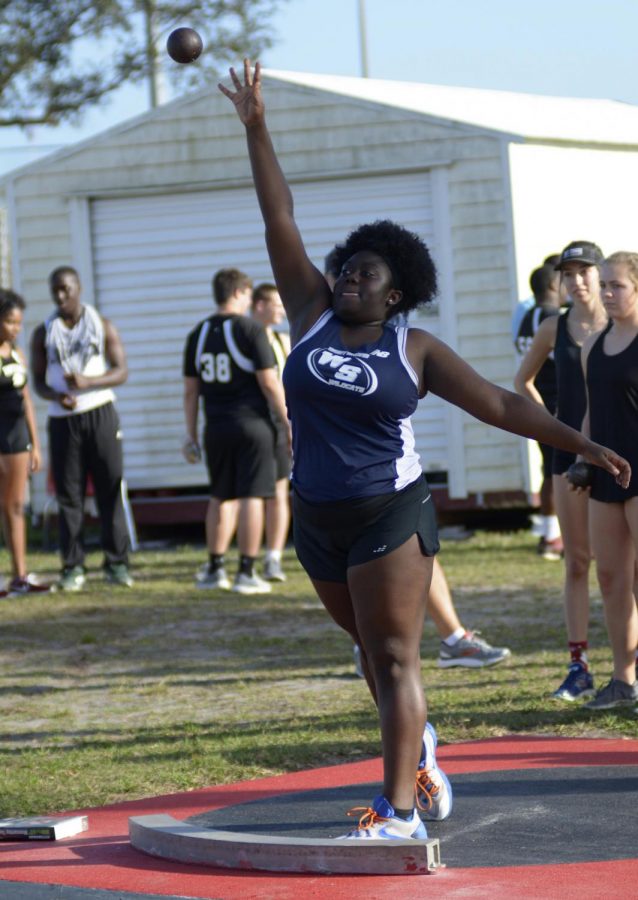 Senior thrower Dasia Norris, who took first place in the women’s discus throwing event at the recent track and field district meet held at Merritt Island High School, was among those who made the cut for Thursday’s regional meet.  Her top throw covered approximately 30.6 meters. Only the top four finishers in each event at the district meet move on.

“I was really happy about making it to regionals,” Norris said. “I have been waiting years to make it but always missed out due to getting fifth place.”

With only a few days left until the big meet, Norris has been out practicing to increase her throw in hopes of making it to states.

“Prior to districts I hadn’t been able to make it to many practices due to my busy schedule, so my throws weren’t as far as they have been previous years but luckily our district wasn’t  as intense this year,” Norris said.

Previous years to qualify for regionals for discus, athletes needed to be throwing past 100 feet.

“Our district was easier this year due to the fact not many girls threw past the 70 feet mark,” throwing coach John Hannah said. “Dasia surpassed everyone else’s throw which guaranteed her a spot at regionals, now I’m excited to see how far she can go from here.”