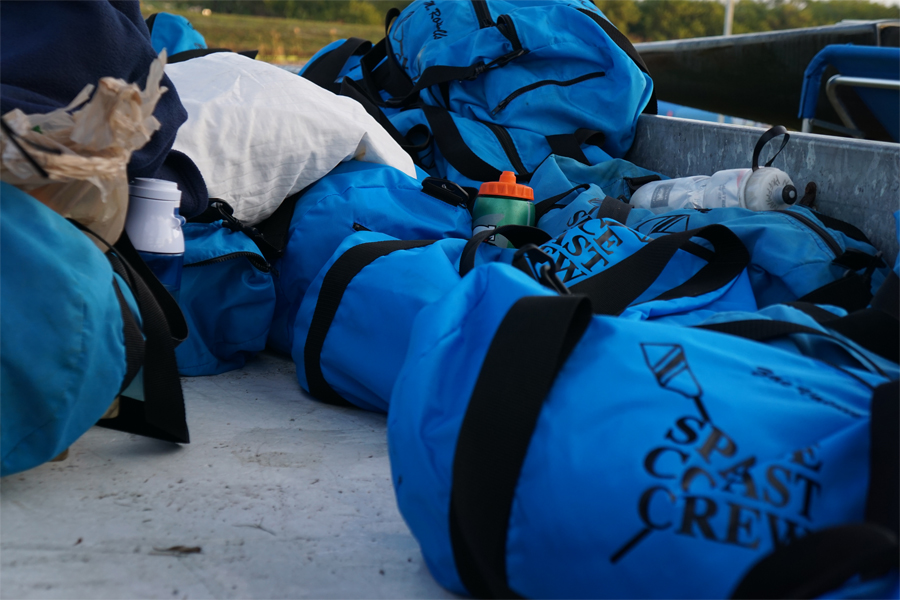 A new coach joined Space Coast Crew’s staff in the middle of September to help coach the men’s team. Coach Noah Jayne, who rowed for SCC from 2014-2017, said being with his former team has given him an easier coaching experience.

“Since I had already been on the team, I kind of understood the mentality around [coaching],” Jayne said. “And it just helped me easier transition into something I liked doing, especially with people that I understand.”

Jayne, who was born and raised in Melbourne and currently is enrolled at the University of Central Florida, now coaches the men’s third and fourth varsity eights.

“They’re good kids, they’re hard workers,” he said. “They have dedication, and I like that. It’s really good to see.”

“I think he’s a really good addition to the coaching staff of the team,” Marano said. “Like he’s really positive. Kind of down to Earth, I guess.”

“He’s really focused on not just the boat as a whole, but like each individual in the boat. Making sure that they’re being the best athlete they can be,” Marano said. “For me personally, I prefer Coach Noah’s style of coaching. Both [the traditional style and Coach Noah’s style] are good, both work, but I think I like Coach Noah’s.”

Marano also said he thinks the other athletes in the third and fourth varsity eights appreciate his style of coaching as well.

“[In] the three V-four V we all have a positive opinion of him, from what I’ve experienced. I mean if somebody, like, really hates him, they haven’t said anything,” Marano said. “And I know from some of the other boats that some of the other athletes are kind of jealous, because Coach Little and Coach Jocelyn don’t really have the same coaching style as him.”

Jayne said he likes his coaching to be “more of a teaching style, rather than coaching.”

“I would say my style would just be something along the lines of helping them to understand what needs to be fixed and being able to let them be able to understand what it feels like,” Jayne said. “You know, not just yelling words at them. I’ll show them videos of themselves and be like, ‘Here, this is what’s feeling wrong.’ Like ways for them to do it themselves, almost, so that they have a better understanding of the sport themselves rather than me just yelling orders at them.”

Jayne said he believes his boats will find success this spring.

“I think they’re going do really well. So far they’re coming in really strong,” Jayne said. “We’re only in the fall right now, so we still have the whole spring to get faster. I think, from what I’ve seen so far, we’ll be able to kick it up a few notches and it’ll be a really good spring.”