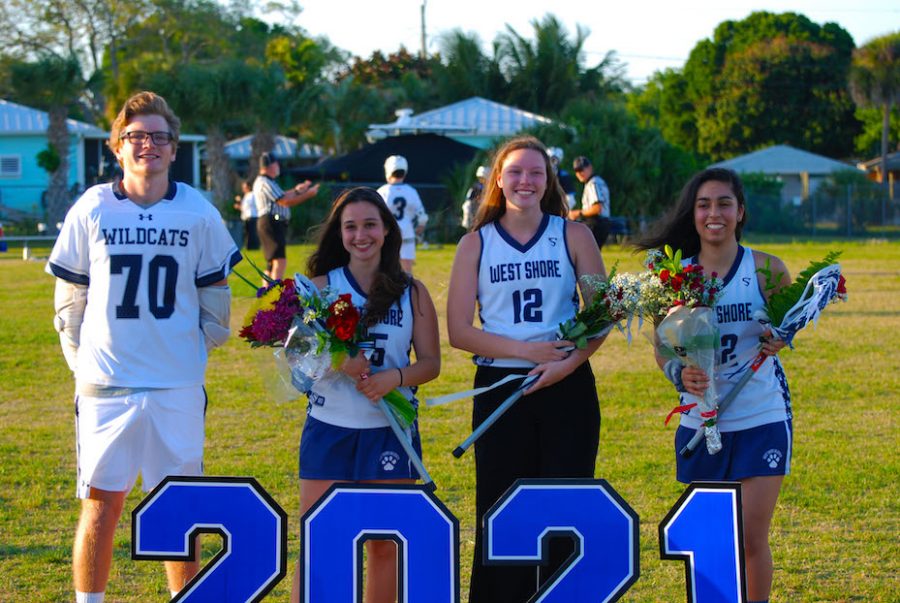 The boys’ and girls’ lacrosse teams celebrated their Senior Nights between their matches Wednesday night.

Despite a few girls being unable to play due to injuries and quarantining, seniors enjoyed their tributes in front of a large crowd.

“It was really fun,” Sophia Mandese said. “The team got together to get the seniors nice little gift baskets and they wrote us all cards which were super-sweet. We won the game which was exciting and we all got to celebrate together. Overall, it was a really fun night and I’m glad we got to have one.”

Senior Paige Conrad was unable to play due to an injury early in the year, but was content with how the events played out.

“We were super-fortunate to have Senior Night even though Chloe [Lemstrom] got quarantined two days,” Conrad said. “I got injured at the beginning of March which ended my season, but my teammates and co-captains made it super-special for us. I was very happy with how it turned out.”

Cris Saladino praised those who came up and watched his Senior Night.

“It was nice to see some of my classmates who came to watch me walk,” he said. “It was truly a special moment for me this year.”