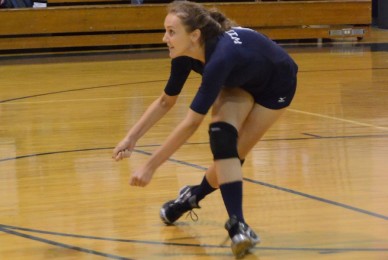 “It was just really great how the team rallied around me and got us a win,” Krasny said. “All the fans that came out were incredible, especially my friends and family. It really made my senior night something special.”

As the team approaches their final three regular-season games, the Lady Wildcats hope they can rely on 28-assist performances like they received last night from freshman setter Luisa De La Hoz. Juniors Casey Schauman and Kaitlin Inganna also combined for 17 kills in the performance in which the Lady Wildcats improved to 10-12 on the season.

“It’s so surreal and crazy we only have three games left,” Krasny said. “There’s only three more national anthems, three more nights to make our mark. It’s difficult to accept that it’s like a countdown for me.”