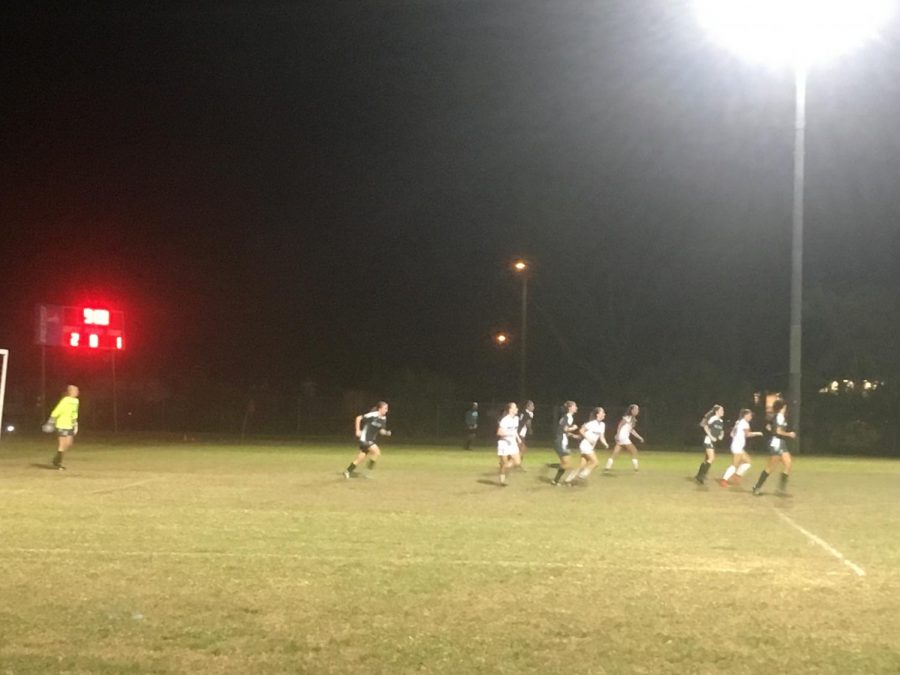 Sophomore Maci Pekmezian scored the only goal in the Lady Wildcat’s soccer 3-1 loss against Melbourne on Wednesday night.

“I thought we played pretty good but we definitely could have had less turnovers along with attacking more. Along with this we committed a lot of unnecessary fouls,” Pekmezian said. “I think our chemistry was pretty good tonight because our whole team really wanted to beat Melbourne, and it also has definitely improved because we are a lot closer then we were three months ago.”

After about a month and a half into the regular season, freshman Madison Ainbinder says there are things to work on to improve for push for a playoff run come January.

“Overall our work ethic was good. We have to work on passing and first touch along with movement off the ball,” Ainbinder said. “We are making mistakes that could lead to goals which could’ve changed the result of tonight’s game. Coming off this game, I think it’ll only make us a better team because it allows us to play against a good team which allows us to see our mistakes and weak spots. I think we continue to grow as a team which hopefully continues into the district tournament.”

The Lady Wildcats next play host to the Space Coast Vipers at home Monday at 7 p.m.