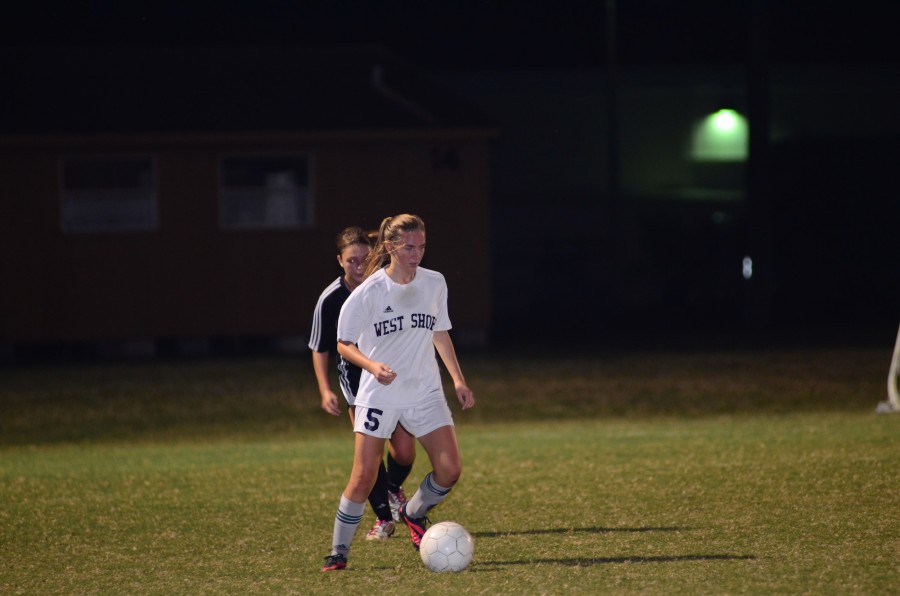 On December 13 the girls varsity soccer team traveled to Montverde to play in a tournament on Friday December 12 and also played on Saturday December 13. In this tournament the girls played three other teams. Their record was one win and two losses , 1-0 win over West Orange, 1-0 loss to Bolles, and 4-1 loss to Montverde. The Lady wildcats came in 3rd place overall. Even though they did not win the tournament, the teams the teams they played were of a good caliber and Montverde is predicted to win the state title.

Ashley Pekmezian, Elaina Barr and Claire Rauchfuss were chosen as players of the tournament.

“I was really excited to hear that I had been recognized for playing well in the 3 games,” senior Ashley Pekmezian said, “there were college scouts at the tournament so this was a good opportunity to be seen.”

Monday, after the tournament, the girls played a district rival cocoa beach and won 2-0. This win put them in the first seat in districts which resulted in a buy for district playoffs. Cocoa Beach was their sixth game in eight days, they were also missing quite a few players due to orchestra.

“Playing high quality teams helped show us what we are capable of. I was really pleased to pull out the win because I knew how fatigued the team was because of our past week and missing key players on top of that.”

This was the last game of the year for the Lady Wildcats. Their season will resume on January 5 at Palm Bay.