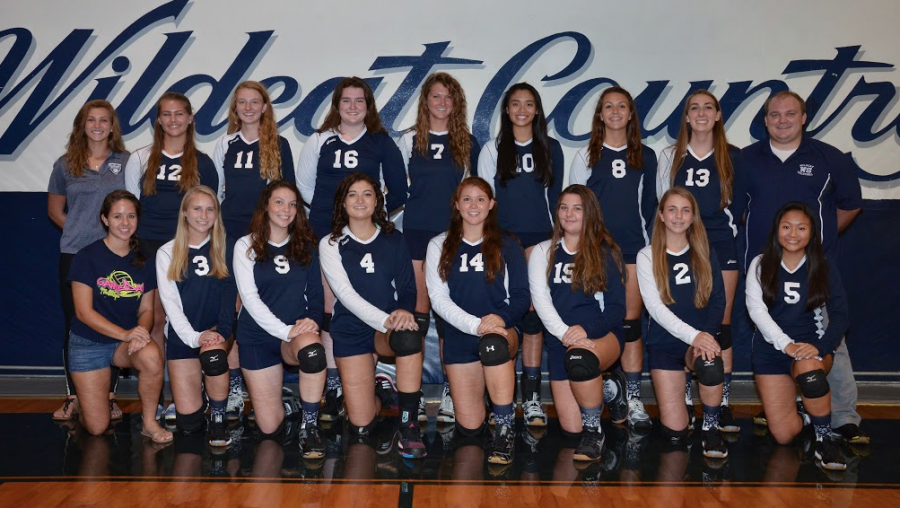 “I was really disappointed because we obviously wanted to go a lot farther,” Senior Gracie Parish said. “But at the same time we went farther than any other team in West Shore volleyball history, so that in itself is its own reward but of course we wanted to go farther and it was super disappointing, there was a lot of tears, no one wanted the season to be over, but I think how the game went was more of a disappointment. It was a mess and I think if we had put up a bigger fight and the game had gone to five and been a lot closer we would not have been as disappointed but I think we were all just super nervous, no one was really ready for that game. It was a lot of pressure on us and it really got to us so I think that was more disappointing than anything. We knew that we could have won, but then knowing that we lost the way we did was probably the biggest disappointment of all. The season as a whole has taught everyone on the team that sometimes you have to let the small things go because I think our biggest problem was holding onto mistakes and letting them get to us and build on us and taking us down even more, so I think the biggest thing we all learned was to let each point that we screw up go.”

Sophomore Gioa Huynh is second in the state of Florida out of all sophomores with 363 kills.

“It was pretty disappointing,” Huynh said. “But we made it pretty far so it wasn’t that bad. I mean we could have done better but we lost. We were ready to play them but when we actually got on the court i fell like we kind of freaked out and so it just kind of went downhill. I think we are definitely going to learn more about defense and definitely be more discipline because a lot of the girls knew where they were supposed to be but did not apply it and we game planned but none of us really executed. So i think we are going to focus on discipline and applying what we know and how we should play. I think we are still going to do pretty good. I know a lot of the teams are going to lose a lot of seniors, and we are still losing a lot but we still have Luisa [De La Hoz] and everyone so we still have a chance to to win the district championship and go farther.”

Senior Rachel Alba led the team with 448 digs during the season.

“I think we did very well and I’m proud of how far we went,” Alba said. “I was hard because we had to change our line-up but we still played our hardest. I’m happy with how our [season] ended because it’s farther than any West Shore team has ever gone. I don’t have an regrets it was a great team and a great group of girls and it was a lot of fun all-around.”

The Lady ‘Cats finished the season 20-5. By reaching the regional semifinals, the team went farther than any other volleyball team in West Shore history.