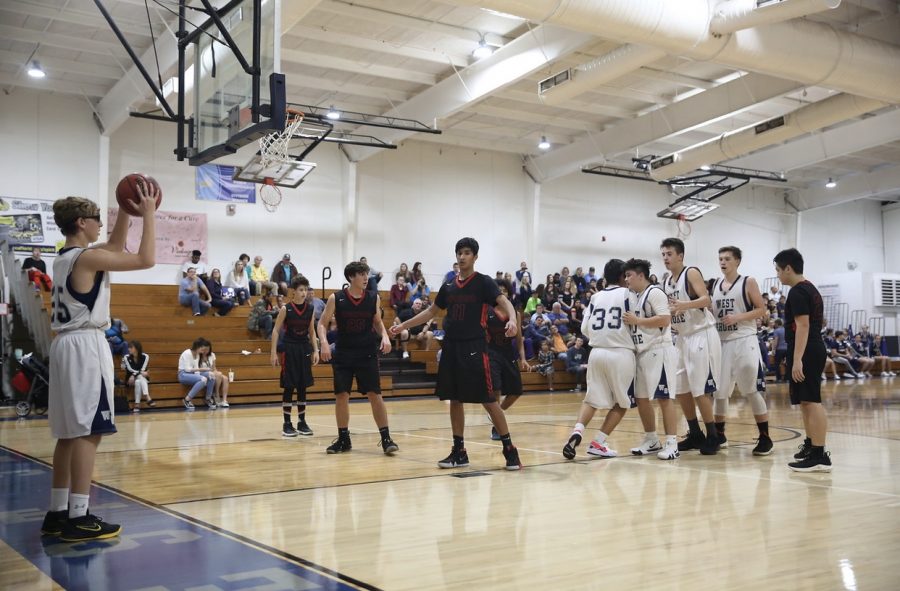 Improving his form, sophomore Jesse Bratman has been dedicating hours towards his performance on the basketball court. As the season gets closer, JV players, including Bratman are competing to fill the few open spots for varsity.

“I’ve been working out,” Bratman said. “I have a private coach that’s been helping me out with my shot and skills.”

With four guards not returning from last year’s roster, one — Auston Gonzalez — being a record-breaking three-point shooter, it’s important to the team that the select four have a good shot and ball-handling skills, according to coach Wardell Collins.

Sophomore C.J. Coyle has been listening to the coach.

The team is notorious for not having big players; this gives some players an advantage, increasing their odds of making the team.

‘I’ve been like lifting weights a lot and like going to all the conditionings,” sophomore Luca Sullivan said. “Because I’m tall, when I get the ball, people are going to rush to guard me leaving the other players open giving us easy open baskets.”

Tryouts are Nov. 5 and the players are anxious to see the results. With well over four new players trying out, it’s up to them to prove to the coaches why they’re worthy of a varsity spot.