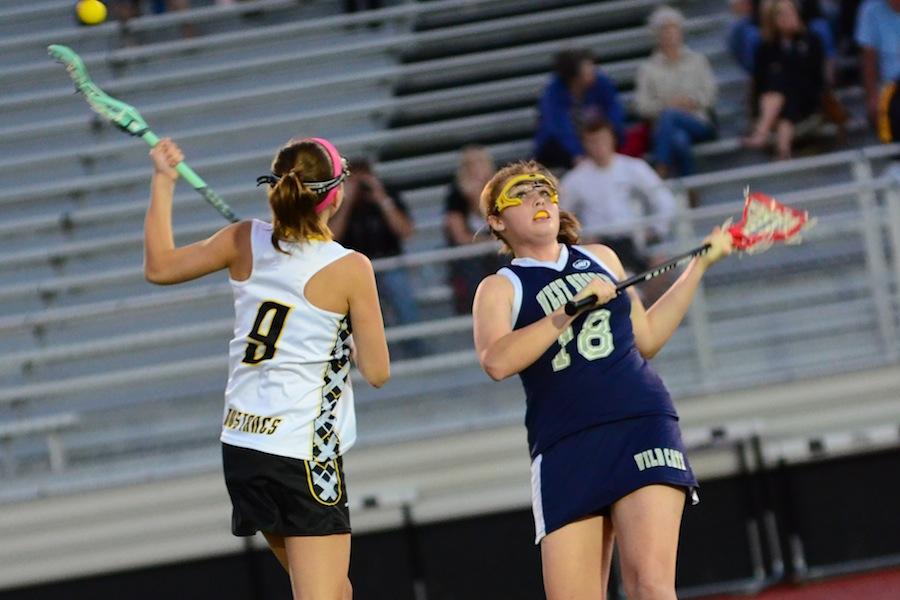 On the backs of senior captains Lindsay Gorham and Christine Sherry, each scoring multiple goals, the Lady Wildcats lacrosse team pounded cross-town rival Melbourne High 15-4. Preceding the girls’ emphatic victory, the boys’ were unable to have the same success against the Bulldogs, falling 11-7.

“Our offense had a few good moments, but at other times they were outplayed,” senior goalie Jack Moore, who tallied 11 saves in the defeat, said. “They never really got it going, and the defense had too many holes. We couldn’t get it done.”

While the boys’ result was disappointing, the games between the boys and their rival Bulldogs are traditionally physical, emotional battles, as was the case Thursday night.

“Our games are always rough and tough,” Moore said. “They were looking for vengeance after we beat them on their senior night last year.”

The girls team was able to bring a balanced attack and score nearly at will.

“We came in with a game plan and we did what we wanted to,” junior Amanda Moscrip said. “We scored early and often, and that’s what we needed to do.”

For sophomore John Hogan, the defeat was his first game playing on the varsity team, and he received significant minutes, tallying two goals in the loss.

“It was definitely exciting to play varsity,” he said. “We gave up too many goals early, that’s why we lost, but I enjoyed scoring. I was playing attack for the first time in my life, and I looked kind of awkward out there, but it worked.”

The boys next play at Viera on Tuesday, March 11 at 7 p.m. and the girls host Viera on the same day, starting at 6 p.m.