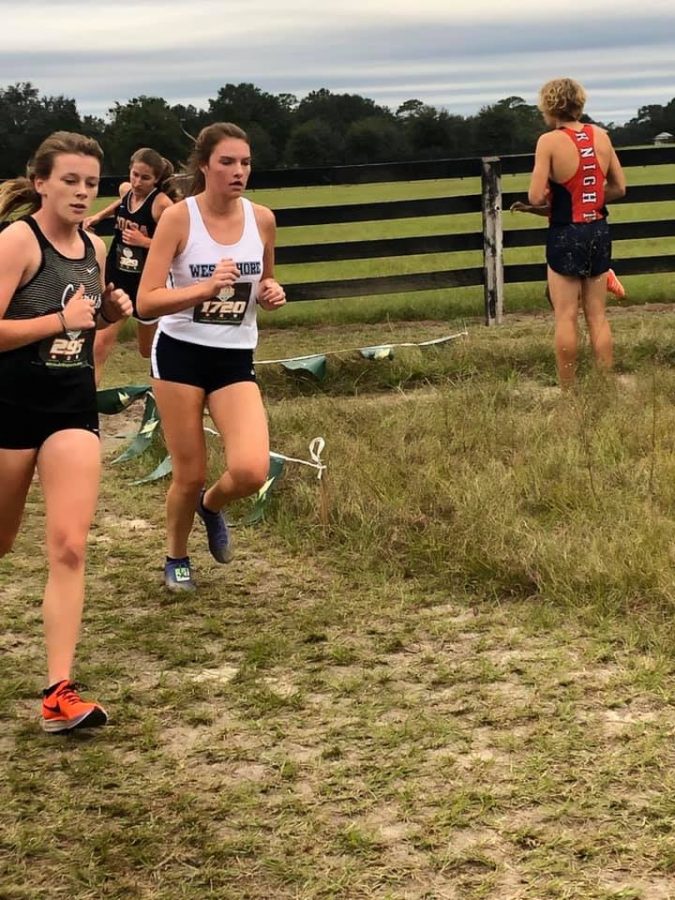 The girls varsity cross-country season has come to an end after the team placed ninth out of 20 teams at the Nov. 2 regional race in Lake City but wasn’t able to qualify for states.

The Lady Wildcats ran against teams from all around the state and finished one point  behind The Villages, which who had 235 points in the competition.

“The competition was really tough this year because we moved to a different region than [in] the past years,” Jonelle Plahuta (12) said. “We didn’t make it to states by one point and the team behind us was only three points off so it was very very close, but it was really fun to be able to run against such competitive teams.”

Plahuta placed 20th out of 129 runners. She got a season-best and moves up to second all-time cross-country senior runners in school history.

“I was very happy with my performance,” Plahuta said. “It was a tougher course, but I was able to get a season best so I’m very proud of myself to end my high-school running career on such a good note.”

The race was held with temperatures in the 60s.

“The weather most definitely had an impact on the race,” Ashley Hilmes (10) said. “It was much colder than the majority of the teams were used to, which made almost every individual run faster.”

Hilmes also got a season-best of 23:04, 10 seconds better than her previous season-best.

“I feel like I gave the race my all,” Hilmes said. “I pushed myself as fast as I could go. I felt like there was no point in which I gave up and let the other team win. We might not have moved on to state, but I know that I tried my hardest.”

Plahuta already is looking ahead.

“Now that the season is over I’m playing varsity soccer, but I’ll still be doing training to try and stay in shape for the track season,” she said.