Senior plans to run at the collegiate level 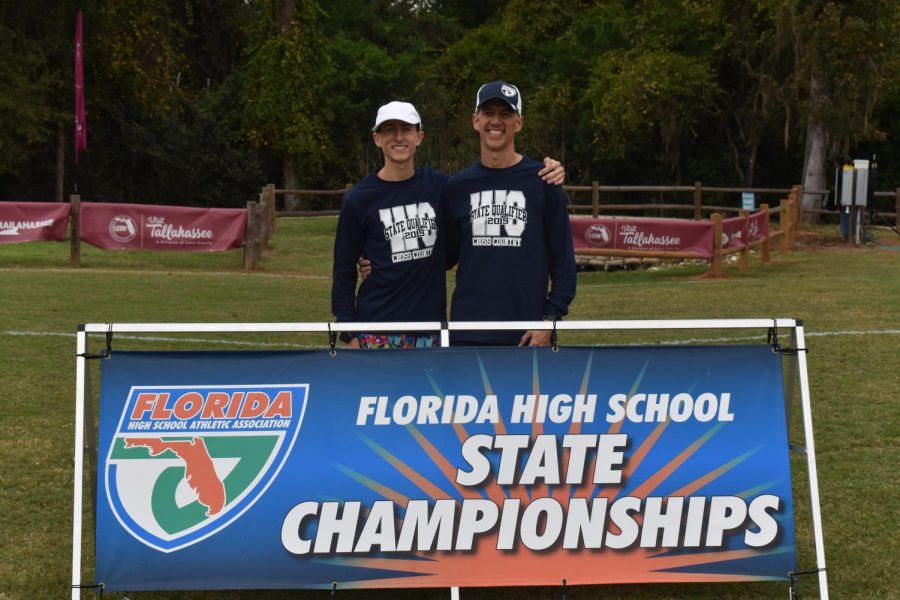 For senior Brayden Cheek, running is a lifestyle. Cheek rose through the ranks to become one of the top high school runners in the state. After six years of running for West Shore, Cheek became one of the fastest runners in school history, while also being a top student in his class.

“I had no idea that I would get to the point I am at now,” Cheek said. “I was nowhere near the best on the team. Running wasn’t my main priority and it was more of something to do for fun.”

Cheek began his running career during his seventh-grade year in 2015. He competed in a few races and set decent times for a rookie. Cheek would continue into his eighth-grade season and progress to break the 20-minute barrier in the 5k race.

“He was not entirely engaged in the beginning,” Cheek’s father and coach, Bryan Cheek said. “At the beginning it was more of an idea of, ‘Hey, Dad’s a runner and Brayden kind of looks like Dad, so maybe Brayden would like to run.’”

“He really is an inspiration to everyone on the team,” junior teammate Ethan Wilder said. “He has done so much for us and it is sad to see him leave.”

After breaking 17 minutes in the 5k, Cheek said he took running more seriously for his junior year. After recovering from an injury for most of the season, he would run a 16:14 5k at the state meet, achieving seventh place. Despite setting the junior school record for the 5k, he would be two seconds shy of the overall school record. Cheek would also compete at the Nike Southeast regionals meet featuring the best runners from that region of the country. His success carried over to the track season where he would set the school record for both the 3200-meter and 1600-meter races with a 9:37 and 4:27, respectively.

Bryan Cheek said “watching Brayden’s progress through the parent and coach lens was both educational and an exercise of empathy.”

“I experienced first hand what commitment, discipline and heart look like in all aspects of the life of an elite high school athlete while bearing witness to the 24/7 emotions and feelings of one as well,” Bryan Cheek said.

Senior year would bring mixed emotions with injury plaguing Cheek’s cross country season yet still being on par with the best runners in the state. He would not be able to compete at any meets.

“We definitely lost a valuable member of the team during his injury,” senior teammate Sam Oliver said. “His hard work during his injury inspired many runners to step up and make up for his absence.”

Despite recent setbacks, Cheek said he might run at the collegiate level. Although not yet committed, he said his times may earn him a spot in many Division 1 teams.

“I was a little surprised,” Bryan Cheek said. “That has been a goal in the last two years, when he really realized he might have some potential. He hasn’t turned over every stone yet. He still has some things he wants to accomplish.”

Cheek is also musically inclined, according to his nomination as “most musical” for the class of 2021’s senior superlatives. He can be seen around campus with his trombone, which he began playing in 5th grade at Quest Elementary School.

“His dedication to understanding music and his wide variety of musical tastes [sets him apart from his peers,” Junior Luke Marzano said.“Playing in Jazz Band and in multiple Jazz Combos with Brayden has motivated me to work harder to be a better bass player.”

Cheek also takes academics very seriously and is one of six students in the Class of 2021 to be awarded the national merit semifinalist for his score on the PSAT.

“He just wants to be successful on a different level that a lot of people aren’t willing to commit to,” Bryan Cheek said. “The kid’s got some of the natural talent, but a lot of it is behind the scenes, and a lot of people don’t see it. It’s a lot of hours.”

Cheek will have another track season in the spring and will be back to the top after recovering from his injury as well as a college career that still lies ahead.

“The things that he does, he is 100% committed to,” Bryan Cheek said. “He takes it to another level. He’s all in. We told him he had to record some music, because when he goes to college we’re going to miss having him around.”