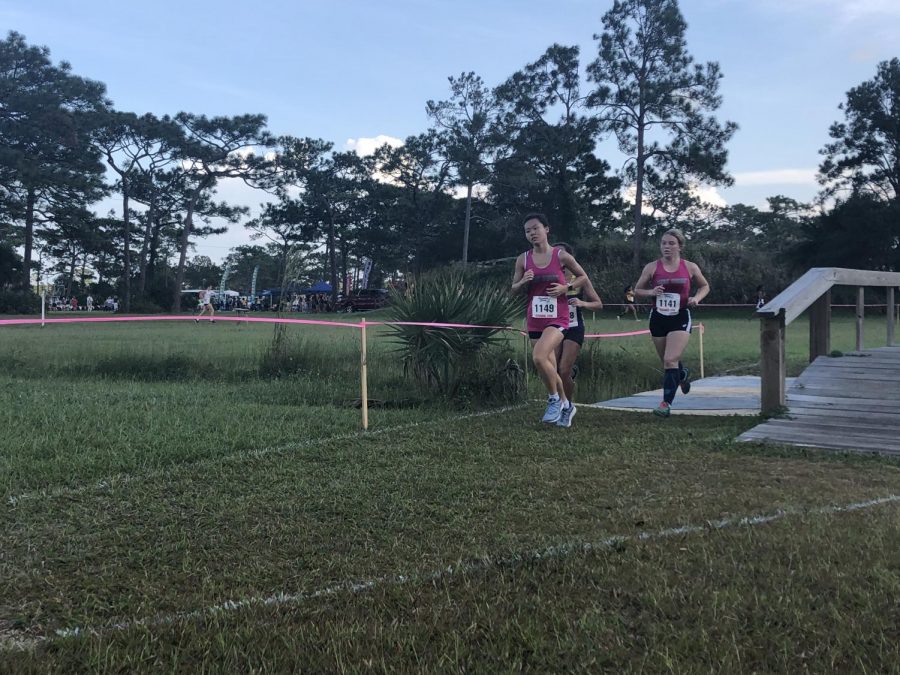 The varsity girls’ cross-country team placed sixth out of 14 teams in the district meet at Wickham Park on Thursday afternoon.

“I think our team as a whole improved a lot,” Ivy Zheng (10) said, “More people going to the [Saturday] and [Sunday] runs would definitely help.”

The first race of the postseason was run without many hiccups and, as a result, the team will continue its routines and practice.

It was a varsity-only race, but an open race was held slightly before the varsity race.

“This is the most crucial time of the season,” Bailly said, “This is truly when varsity’s season begins, and all of the work we had put in throughout the start of the season was beneficial both physically and mentally.”

The 5k started in the late evening with temperatures around 81 degrees with 79 percent humidity.

“Cape Coast and districts were both in the evening on a Thursday,” Bailly said. “But we are use to running Saturday mornings. That felt weird. I’m glad we will be racing regionals in the morning.”

There were a total of 10 runners for West Shore in the varsity race, who collectively had 166 points.

Regionals will be held Saturday at the Oaks Equestrian Center in Lake City.